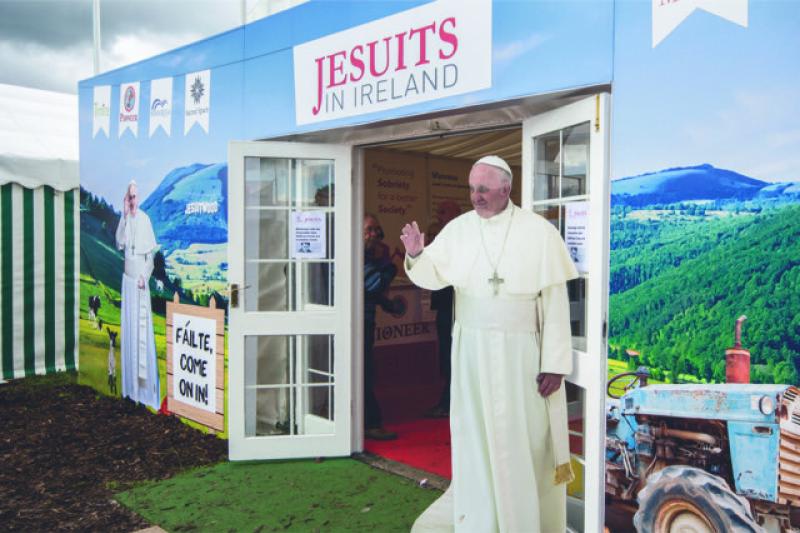 A pop-up of the pope will be present at the Ploughing Championships next week.

The Cross of Blessed John Sullivan SJ, who was beatified in May this year, will also be on display in the oratory at the Jesuits in Ireland marquee in Tullamore (September 19-21).

Visitors are welcome to come and pray and to receive a blessing with the cross from one of the Jesuit priests in attendance.

The cross was of special significance for Fr Sullivan.

Born in Dublin in 1861 into the world of the Protestant Ascendancy, John Sullivan spent much of his life as an Irish Jesuit. After being called to the Bar in the UK, he converted to Catholicism, entered the Jesuit order and served at Clongowes Wood College, in County Kildare, among other places.

His work and reputation with the poor and the sick led to his beatification by Pope Francis. There are many testimonies of the sick he blessed recovering, even when they were believed to be dying.

Fr Sullivan was never without his crucifix, which had been his mother’s, and he blessed countless people with it. That cross is regularly brought on request to the sick in hospitals and on house visits.

It will be in the Jesuits in Ireland marquee for each day of the Ploughing.

Visitors are welcome to speak with the many Jesuit priests present, grab some goodies or avail of the opportunity to take a 'selfie' with a life-size cutout of Pope Francis!

A new book, “A Man Sent by God: Blessed John Sullivan SJ,” and many other spirituality titles can be purchased from the Ignatian bookshop which will be situated in the marquee.