Confession led to some crimes being solved 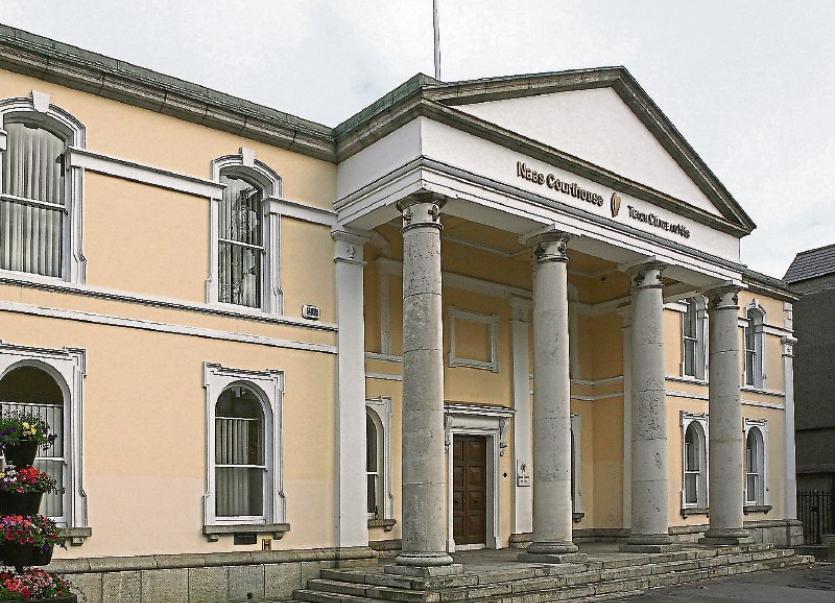 A spate of burglaries in the Kildare area over a few years have been linked to illegal drug debts, a District Court has been told.

A man who has pleaded guilty to over 20 burglaries over a three year period has  been jailed for almost two years, close to the maximum he could receive in the District Court

At Naas District Court on September 14, Joshua Connolly (22), with an address at 3 Lakeside Crescent, Newbridge, was jailed for 11 months for a burglary at Newbridge Silverware on February 12, 2013, and a consecutive 11 month term for a crime at the Curragh racecourse on February 25/26 2013,when he took 10 television sets.

Other offences, up to 23 in number, were taken into account, some of which dated back to 2011. The sentence was backdated to May, since when Mr Connolly has been in custody.

The Court was told that Gardai believed the spate of crime was “linked to drug debts” in Mr Connolly’s case but there were a group of three or men involved in a spate of break ins around Kildare, particularly in the Newbridge area.

In many cases very little cash was taken but Judge Zaidan noted that the damage to property most likely outweighed what was stolen.

On May 18, 2015, a number of stolen television sets were found by Gardai at Mr Connolly’s home.

Last July, Judge Desmond Zaidan, was told by Mr Connolly’s defence counsel that he was “in a difficult headspace” and admitted to many of the crimes, without which Gardai would not have been able to prosecute them.

Mr Connolly pleaded guilty to a range of burglaries in the county since 2012 including at the Centra Grill, Ballymany, Newbridge Golf Club, McDonald’s restaurant, Sarsfields GAA, where some alcohol was taken, Newbridge Silverware, the Curragh Racecourse.

He has also pleaded guilty to car damage and theft at the Holy Family convent.

Tony Hanahoe, solicitor, for Mr Connolly, said others had been prosecuted for some of the crimes. His client has first come to him when he was 16 and had “a troubled upbringing.” He had started drinking when he was 11.

He has not been drinking or taking drugs for a considerable time.

Mr Hanahoe said that Mr Connolly had never raised the question of his fitness to plead.

Mr Connolly had a young daughter and wanted to maintain and rebuild that relationship, said Mr Hanahoe, who asked that he be given “some light at the end of the tunnel.”

The Court was also told, however, that Mr Connolly did not want to engage with addiction counselling or drug rehabilitation services.

He had been exposed to violence and alcoholism in his family home, and, according to a report from the Probation and Welfare Services, had “limited coping mechanism.”

In passing sentence, Judge Zaidan told Mr Connolly: “It is not just about you. Behind every charge is a victim.”