County Council to write to OPW 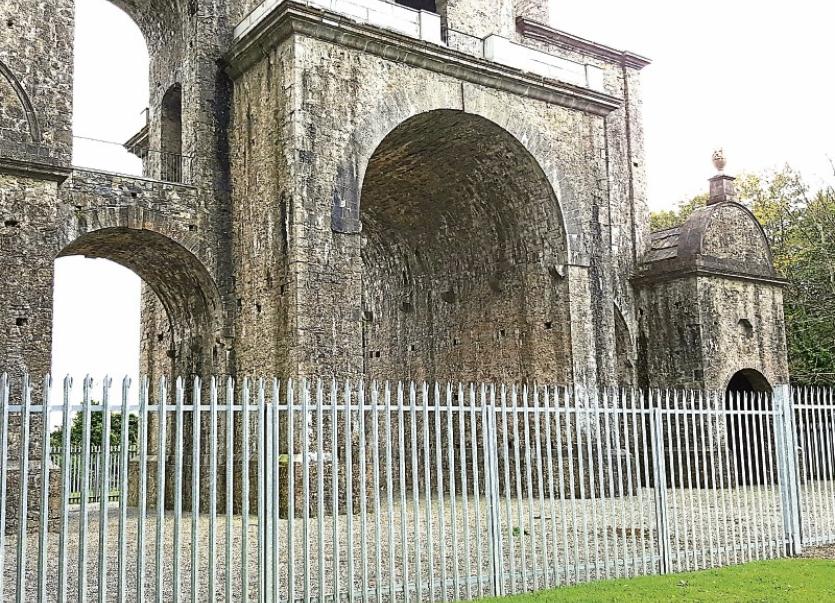 Kildare County Council is to ask the Office of Public Works about removing a security fence at one of the country’s most unusual historic sites.

At the Council’s Maynooth Municipal District meeting on September 13, Cllr Reada Cronin asked if the Council could write to the OPW to find out are there plans for Connolly's Folly or the The Obelisk, which is based at  Kilmacredock between Maynooth, Celbridge and Leixlip.

The building of the Folly was funded by the wealthy in the area to provide work in former famine times.

Cllr Cronin asked if it was “really necessary to have

ugly security fencing around the structure.”

She told Wednesday’s meeting that the Folly is a “extremely beautiful structure,” which had been built by the poor and paid for by the gentry in former famine times.

She said the OPW have done work at the site and it is welcome but she said the “harsh industrial fencing” which is eight to nine feet high is not in keeping with the structure and was “extremely ugly.”

Cllr Naoise O’Cearuil said there should be some type of fencing. “I would like to see new fencing closer to the Folly.”

He said it could be a dangerous place.

Cllr Padraig McEvoy also suggested there could be a change of the type of fence. Cllr Cronin said she would replace it.

In 2013, the Hon Desmond Guinness commented publicly that the fence,  erected by the OPW,  to prevent vandalism and dumping of rubbish, could only be “a short term solution.”

The Folly is a national monument cared for the OPW  National Monument Service.

Council officials said the use and security of the Folly is a matter entirely for the National Monument Services but it could ask the OPW about the concerns.

The Council is to write to the OPW.