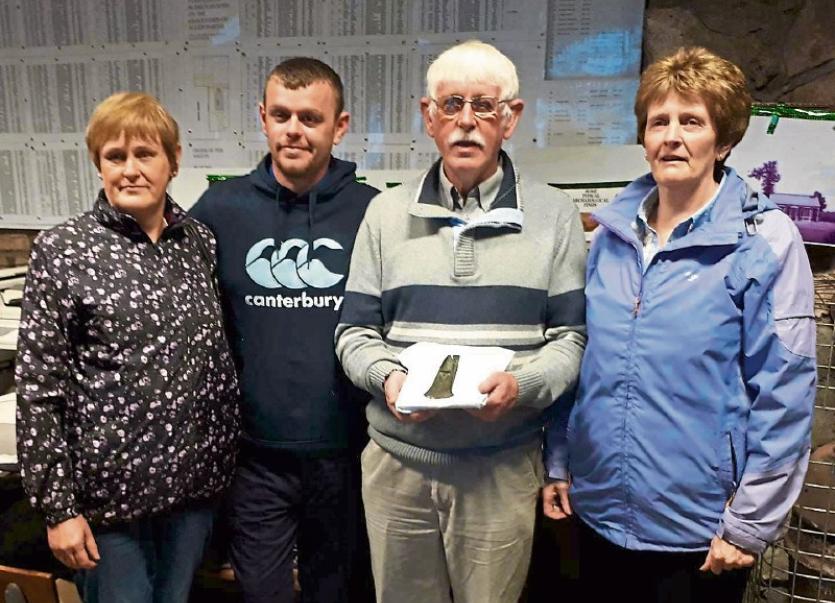 A 3,000 year old bronze age axe head, which was discovered in the canal near Milltown in Kildare, was handed over to the National Museum of Ireland last night.

Local man, Kit Dowling said he was unaware of the importance of the artifact when he initially discovered it.

“They were repairing the canal at the time and there were big tractors and diggers coming in and out and I saw it in one of the big tracks left by the machines. I picked it up, brought it home, washed it, put it away and thought no more of it,” he said. 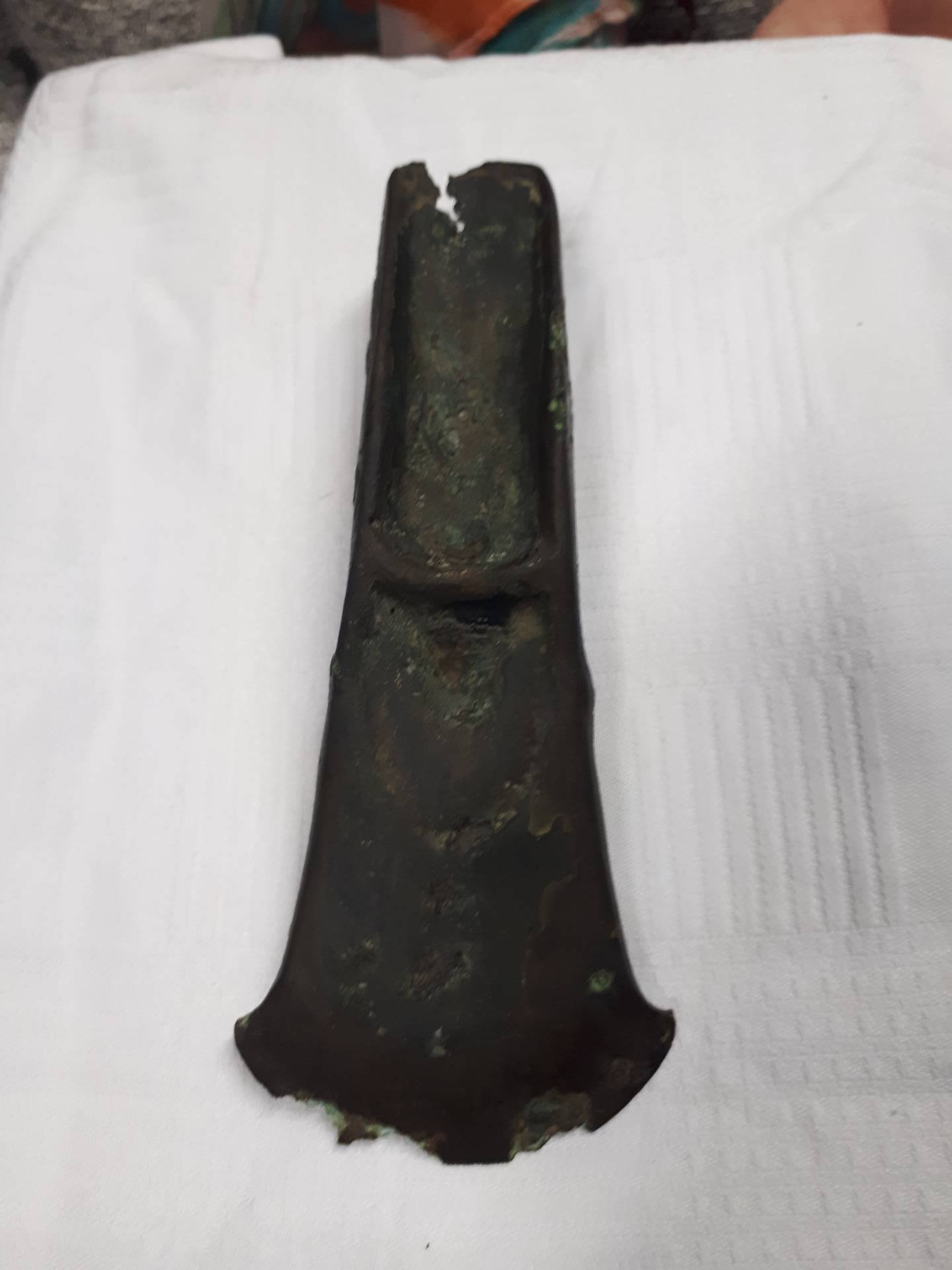 That was until two weeks ago when Betty O’Shea held a photo exhibition for Heritage Week in the Heritage Centre in Milltown.

“I was here that Sunday and Kit came up and saw the picture of this bronze age axe head. He said ‘Betty, I’ve one of them at home’. I said ‘would you go away’. He chased home and came back with it. I couldn’t believe it,” said Betty.

Ms O’Shea contacted the National Museum of Ireland to see if they would be interested in exhibiting the artifact. However, she asked for some time to show it off, and bring it around to the local schools before it departed for Dublin.

Last night, the axe was the centre of attention with many locals getting their photos taken with this piece of history.

Museum representative, Maeve Sikora arrived down to the village to collect the bronze age item.

Betty recalled how she was just six years of age when members of the Dooley family from Newbridge found a bog body in Barronstown Bog in 1953 as they were out cutting turf, and how it had been in excellent condition, but had deteriorated when it hit the air.

She also pointed out a picture of a cloak that the body had been wrapped in, and this is on display in the museum. She spoke about the rich heritage of Milltown, at the foot of the Hill of Allen and tales of Fionn mac Cumhaill. She said it was a pity Kildare did not have a museum to display such artifacts.

“If everybody keeps their eyes open, you never know what you might find in Milltown,” she said.

Dep Martin Heydon said a countywide museum would be very welcome in Kildare. He said many places had bigger budgets for their Heritage Centres, but they did not have the spirit evident in Milltown. He said Taoiseach Leo Varadkar was very impressed when he visited the centre last year.

Tribute was also paid to Jack Dunne for setting up the centre.

Kildare County Council Heritage Officer, Bridget Loughlin also praised the Milltown community and the centre. She urged people not to go out with metal detectors trying to find items, and if anybody found anything to contact the relevant authorities straight away. 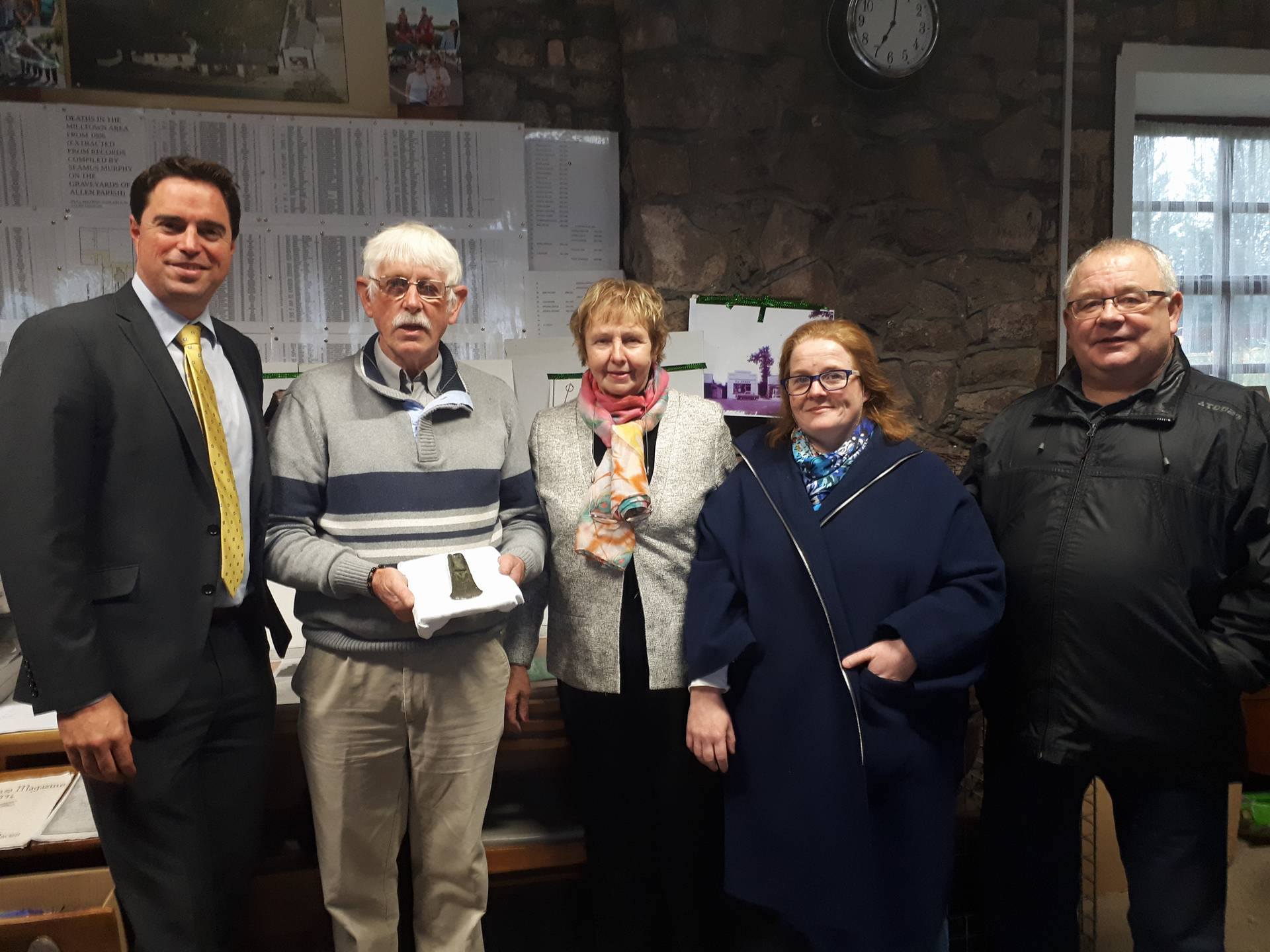 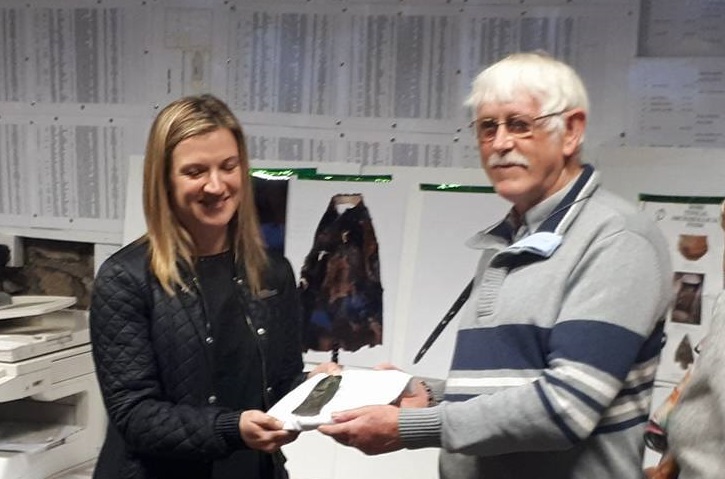