Park is for the people says Emmet Stagg 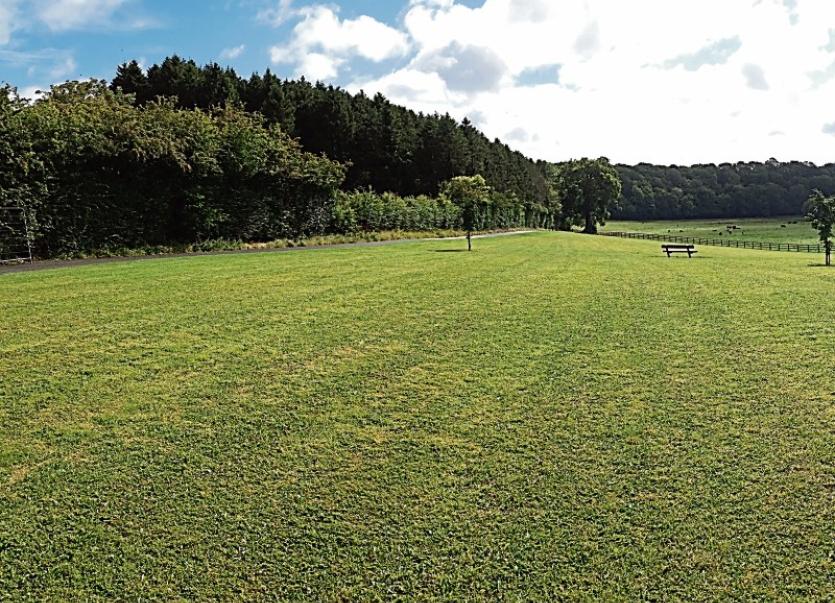 A decision by Fingal County Council to move against a possible road through St Catherine’s Park in Leixlip has been welcomed by opponents of the group.

At their meeting on September 11, the Council voted to initiate a change of its plan to exclude the Barnhill to Leixlip link road that planners have suggested we need in order to move traffic north and south across the Liffey between Leixlip and Lucan.

The road would have passed through St. Catherine's Park and split the two communities, and effectively destroyed one of the best amenities this side of the capital, say protesters.

The Council has agreed to ask Fingal’s  Chief Executive to initiate a variation of the Fingal Development Plan 2017-2023 to remove the N3-N4 Link Ongar to Barnhill and N3-N4 Barnhill to Leixlip Interchange.

The motion by Labour Cllr Mary McCamley  also included an objective to recognize the significant importance of St. Catherine's Park as a recreational amenity for the Region and not use it for a road.

Val Colton from the Save St. Catherine's Park group, which attended the meeting, said: “We are pleased, and we would like to thank all of the councillors who voted for this motion, and for the support we received, not least from Cllr. Mary McCamley herself, and also Cllr. Tania Doyle and her colleagues, and many others. Ms Colton said a rally by supporters in the summer was vital to the campaign but she said that the campaign is not over. “Now that Kildare County Council and Fingal County Council have both expressed their wishes to protect the park, we want an unbreakable commitment from Transport Infrastructure Ireland that they won't try their hand here either. The Fingal part of the park is in the Taoiseach's constituency; now would be a good time to get a statement from Minister Varadkar to that effect.”

“This park is not just for Leixlip and Lucan residents. It's for everyone, and we need to protect these precious green spaces now more than ever."

Emmet Stagg, Kildare North Labour Representative, said the motion was passed unanimously  with votes in favour, no votes against and no abstentions. It was a “victory for people power,” he said.

Mr Staff praised the campaign group. “They mobilised people power to bring about the successful outcome of the motion,” he said.

He added that the motion will preserve St. Catherine's Park, intact, for future generations, and he looked forward to the Chief Executive of Fingal County Council’s now initiating the variation of the Fingal County Development Plan 2017-2023 to take into account the motion.