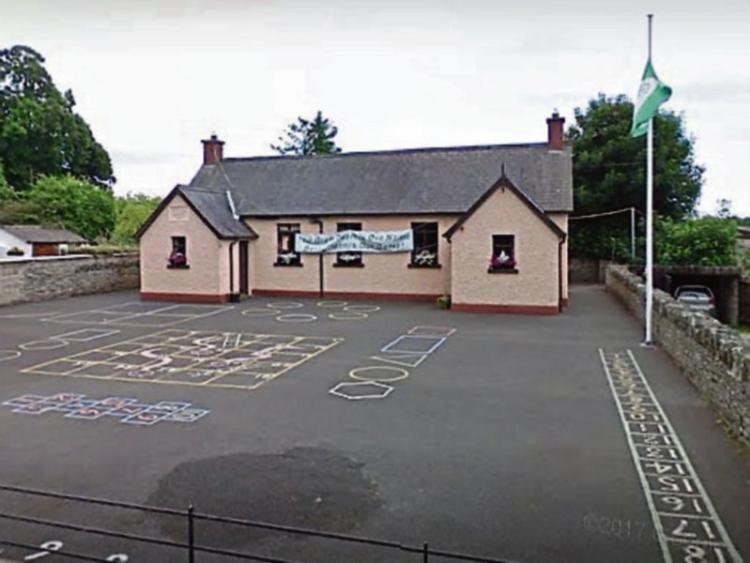 Gerry O’Donoghue, who was appointed school manager by the patron of the school (the Dublin Archdiocese) last Wednesday, outlined the current status at a public meeting at the Baptist meeting room last night.

“We have to prepare ourselves for the possibility that if we don’t have eight pupils or more in the school on September 30, the school will close,” he said.

Because there are only three pupils enrolled at present, a board of management cannot be formed. Mr O’Donoghue has been tasked with trying to save the school.

He explained how he sent out 40 letters to parents expressing an unreserved apology on the part of the school to parents for the distress caused to children and families by the whole situation.

He said he understood people were unhappy with the communication at the school, and had other issues with the school.

He asked parents to reconsider sending their children back to Brannoxtown National School. However, he pointed out his number one priority was the children and their happiness.

When three parents said their children were happy in their new school and didn’t want to go back, Mr Donoghue said he understood this.

“Once you are happy with your decision and I understand how hard that decision was to make, stick with it. I totally understand,” he said.

However, he said his job was to try and keep the school open.

In the letter, he said he also thanked the parents and the community for all their input, fundraising and support over the years.

Dep Martin Heydon pointed out a number of public meetings were held over the previous months, and the community liaison committee had worked hard during the summer to try and get people to come back to Brannoxtown.

Changes were made to the board of management to give greater community representation. The aim was to get enrolment of 17 to keep two teachers.

“We needed to get to the magic number of 17 and we failed to do that and it disintegrated,” he said.

He said Brannoxtown was part of the educational balance in the area including Scoil Bhride and Halverstown and if it closed, it would put huge demand on places.

He said the other schools could not refuse pupils from Brannoxtown if places were available, that was the law.

In fact, he said the other schools had urged parents not to buy the uniforms for their schools in case Brannoxtown stayed open and they wanted to return.

Chair of the meeting, Anthony Carter said there are 720 pupils in Scoil Bhride.

Mr O’Donoghue said there were 90 applications for junior infants at Scoil Bhride next year and only 75 leaving sixth class.

“The parish, the area needs this school badly and parents need choice,” he said.

Some community members raised the option of restarting the school under a new patronage, but Mr Donoghue said it was a difficult and long legal process, but that’s not to say it could not be done.

Robert Mehigan said if the school couldn't get 17 pupils in a month, it was unlikely to get to eight in nineteen days.

Mr Donoghue said the Department may allow the school to linger on for some time after September 30, but he wasn’t sure that would be the case. Once it closed, he pointed out it would be very hard to get it reopened.

It was suggested a liaison committee be set up to engage in dialog with the Department, the Archdiocese and the principal.

Mr Donoghue said it was unlikely those parties would be agreeable to talks until after September 30, but he would ask.

He also suggested Dep Heydon might arrange a meeting with the Minister for Education.

The chair of the meeting said the community wanted the school to stay open.

Only four parents of former pupils of school going age were present. They asked what was going to be different if they returned their children to the school. Mr Donoghue said the management understood changes needed to be made and were willing to make them.

People said there was a breakdown in trust between the parents and the school and it would be hard to get that back.

“I made a very difficult decision at the start. I am holding no guilt at that school closing. It’s with a heavy heart, I have been at every meeting,” said one parent.