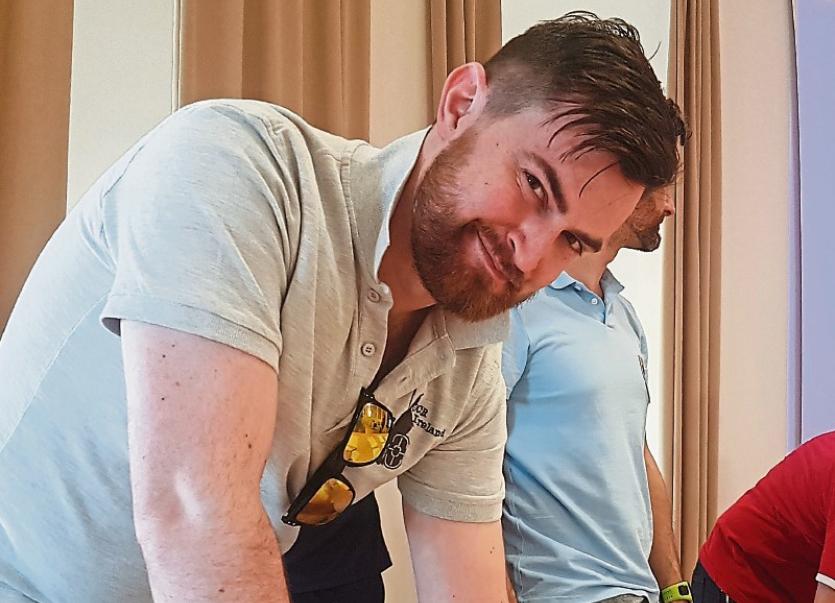 County Kildare native, Philip Maher, has been announced as the President of the European Obstacle Sports Federation.

The popularity of Obstacle Course Racing (OCR) has overtaken that of Marathons and Triathlons across the U.K and Europe, with the trend firmly on the rise here in Ireland, according to Celbridge based Mr Maher. The Irish Obstacle Course Racing Association (OCRA) estimate that there are over 10,000 recreational participants taking part in OCR events across Ireland, each year. There are currently 100 people on the Irish circuit who competitively take part in the much larger European racing scene.

Mr Maher, who is also Co-Chairperson of The Irish Obstacle Racing Association was appointed as President at the first ever European Sports Summit in Olbia, Sardinia. “I first started competing in OCR events about seven years ago. I was drawn to it as it offered added challenges and a different atmosphere to traditional road racing. The numbers of those participating is steadily rising and it is the fastest growing mass participation sport in the world,” said Mr Maher. OCR become a widely recognised is not yet officially recognised governing sports bodies in Ireland. The Irish Obstacle Course Racing Association (OCRA) hope to gain a probationary status with the National Governing Body but full recognition is not expected until at least 2020.

Mr Maher said:“To be charged with heading the formal governing structures of this sport, bringing OCR events up to standard and lobbying for official recognition by sporting bodies is an honour. As the appetite grows amongst participants for OCR events, it is important we nurture those involved in organising them on the Irish Circuit. Events such as ‘Reign of Terror’ in Kilkenny are the perfect example”Set over distances of 3km to 21km typically. OCR involves competitors racing to overcome physical obstacles such as steep inclines, rivers and climbing frame traverses. Trails are typically set in muddy and challenging landscapes to ensure a physically and mentally challenging sport.

On October 21, thousands are expected to head to village of Kells in County Kilkenny for ‘Reign of Terror.’ For more, see www.reignofterror.ie