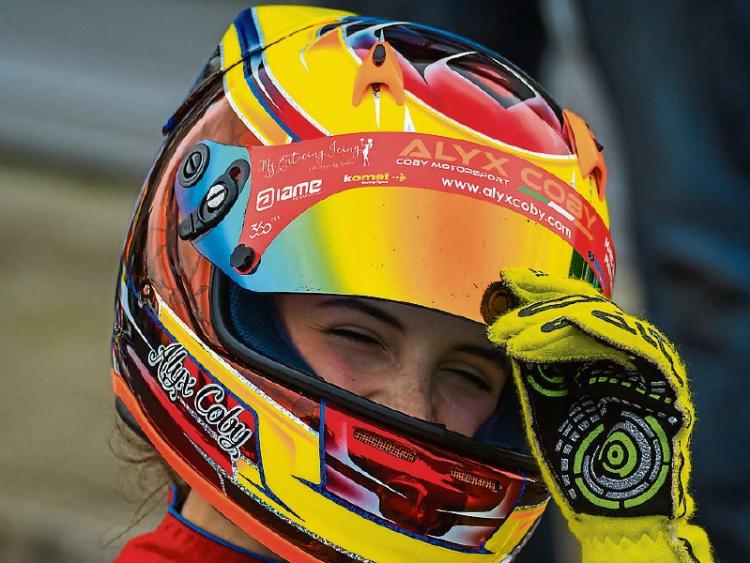 Thirteen year old Alyx Coby, from Newbridge was on track at the weekend as the Irish Karting Club hosted Round 7 of the Motorsport Ireland Karting Championship at Whiteriver Park in Co. Louth.

Coby is competing in the IAME X30 Junior class in the Championship, which caters for drivers aged 11-15.

The first-year student from Gael-Choláiste Chill Dara got the day off to a steady start with third place finishes in both qualifying heats.

Lining up in second position on the grid for the first final, Coby dropped back to fourth by the end of the first lap and, with the top four locked in a close wheel to wheel battle for the duration of the race, she took the chequered flag in third place.

Starting the second final in third place, Coby managed to retain the position through the first corner as the karts behind got tangled up.

Over the next four laps the top three were separated by just over two tenths of a second before Coby made a move up the inside of turn three to take second place on lap five.

She then put in a string of fast laps to pull back the time lost during the overtake, catching the leader by over two tenths of a second a lap. 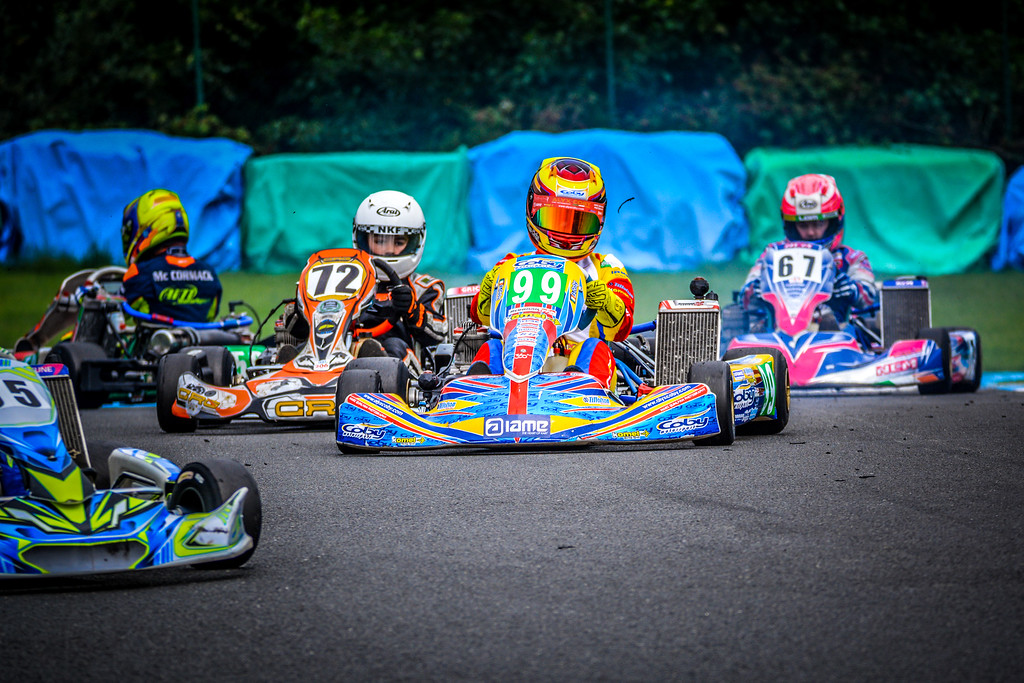 By the time she started the last lap she had caught the race leader, but a slow moving back marker cost her three seconds as the karts went through the chicane and she had to settle for second place. Coby also set the fastest lap in the final, her sixth time setting the fastest lap this season.

The prize on offer for the top three finishers in this year’s Championship is a trip to compete in the IAME X30 World Finals at LeMans in France in October and the Newbridge girl looks certain to have her name on one of the tickets as the Championship draws to a close.

With just two rounds remaining, Coby has accrued 574 points in the overall standings and has closed the gap to the leader to just 20 points, with a 53-point margin over the third placed driver.

The Championship moves on to Watergrasshill in Co. Cork on September 10 before finishing in Tynagh, Co. Galway at the end of September.