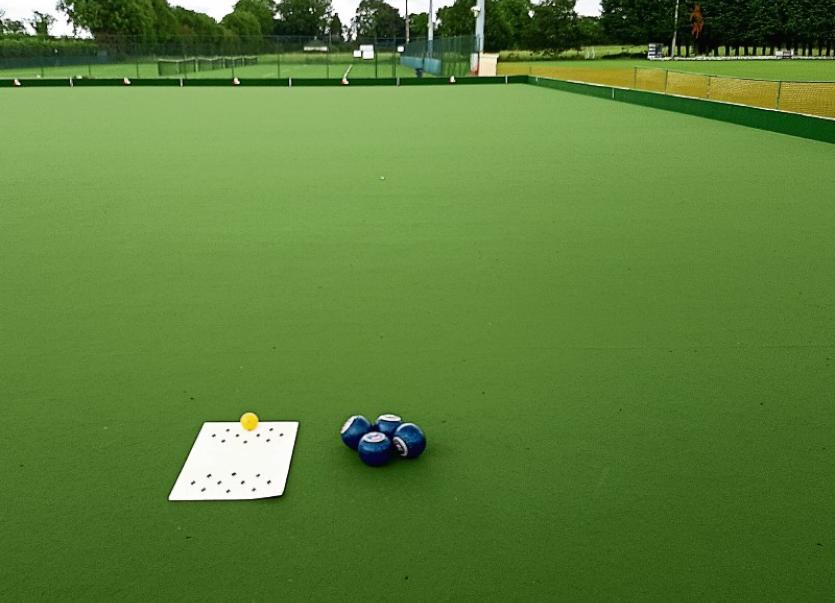 A new era begins at the North Kildare sports complex between Kilcock and Maynooth when the county Kildare’s first outdoor bowling green is opened shortly.

The club is having a special opening day on Saturday, September 2, when the public is invited to look at the facility on offer.

Thirty two bowlers will play an exhibition game on the new surface, described by spokesperson, Gerry Flynn, as world class. That match will get going at 2.00pm and will be followed by an information meeting at 3.00pm as the club seeks to attract new bowling members.

Gerry, who has been playing with Westmanstown on its grass lawn for ten years, is one of  of a number involved in the new bowling venture.

He said the artificial lawn will allow bowling to be played all year around, instead of from March to September, as is the case with grass lawns.

Brian Bagnall, President of the North Kildare Sports Club, which caters for cricket, hockey, rugby and tennis, and has around 1,000 members, said the bowling green was one of a number of projects which had been grant aided through the Sports Capital Grant/National Lottery fund. The club acknowledges vital support from the Bowling League of Ireland.

There are around 27 bowling clubs in Ireland and around 60% have artificial surfaces.

Brian Horn, another committee member, said the club was look to keep people who have given up the contact sports active.

Bowling is developing in Ireland  but while it is mainly seen as for older people there is a plan to attract much younger players, including teenagers, who may also like less contact sports such as rugby.

The club will play in men's and women’s leagues when its gets its team going. Why the separate gender divisions if the game is non contact? “Historical reasons,” said Gerry.

But that could change, he anticipates.

North Kildare’s bowling section will be mixed. Westmanstown had 45 couples among its 140 bowling club members.