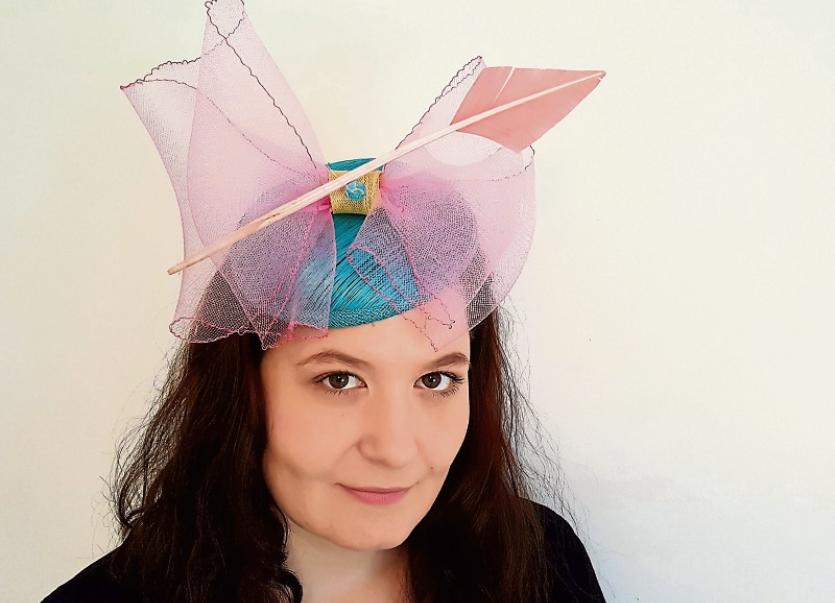 Emily Kelly wearing one of her creations

A Kildare milliner, Emily Kelly, has had a big input into this year’s Rose of Tralee competition when Kildare Rose, Deirbhle Mulvihill, wore the hat she designed and created.

Leixlip based, Emily, who specialises in designing and creating millinery,  provided seven hats for the Kildare Rose after getting a phone call a few weeks before the event.

“I worked until four in the morning some days,” said Emily.

But it was all worth it. “I was honoured,” said Emily, one of whose creations was worn by Deirbhle in a photograph which appeared on the front page of the Irish Independent.

Emily has always had creative flair since a young age.

She went to school at St Joseph’s in Lucan and now holds BA Honours in Textiles Design from Galway Mayo Institute of Technology, among other qualifications.

“Hats have to suit your personality,” said the girl who is now going through the busiest time of the year.

Emily worked in Brown Thomas  for a number of years and now shares her time between Trudy Bridal Boutique in Naas, where she is a consultant and the So Collective in the Kildare Village Outlet.

Her work has been seen on TV3’s Xpose and featured in The Galway Voice.