Stars in their eyes! 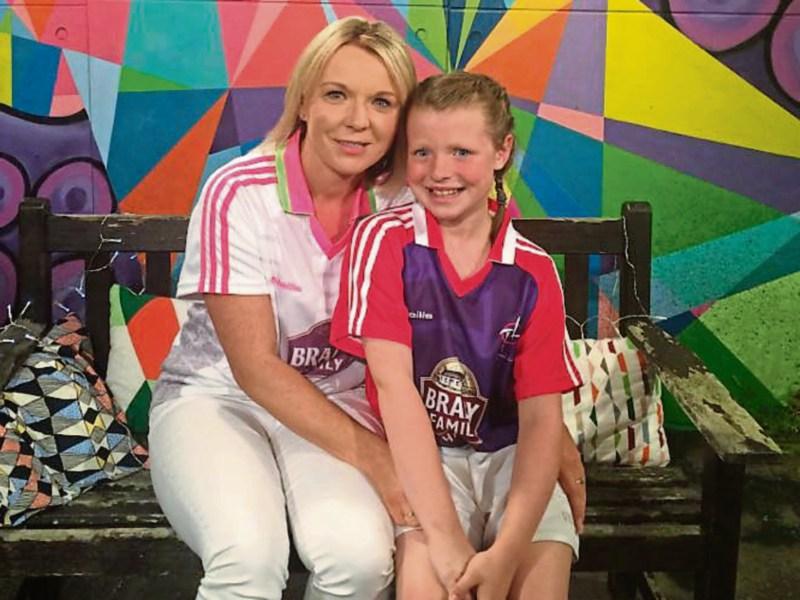 Amanda Donnelly, and her daughter Holly McCann, who will appear on RTÉ Junior in the coming months

A football mad mother and daughter duo from Kildare are to appear on an upcoming RTÉ Junior series.

Holly McCann and her mother Amanda Donnelly, originally from Monasterevin and now living in Portlaoise, were chosen among hundreds of applicants to take part in the ten week series.

The show, ‘This Is Us’, takes a look into the personalities of kids aged 6-10.

Amanda told the Leader how she went about applying for the show.

“I had seen on RTÉ Junior’s Facebook page that they were running a competition for kids to answer a question.

“The question was: ‘If you noticed that one of your friends was unhappy, what would you do to cheer them up?’.

“I suppose I literally just asked Holly and it made me laugh so much”, said Amanda.

She added that Holly’s answer was that she would do an Elvis impression and fart.

“So I just sent that in not thinking too much about it”, Amanda added.

A day later, the presenter of the show Clara Murray got in contact, and asked her to send in a clip talking about herself.

“She basically just had to introduce and talk about herself on video and I sent it in”, said Amanda.

A couple of days later, Holly was called up to RTÉ studios for an audition. 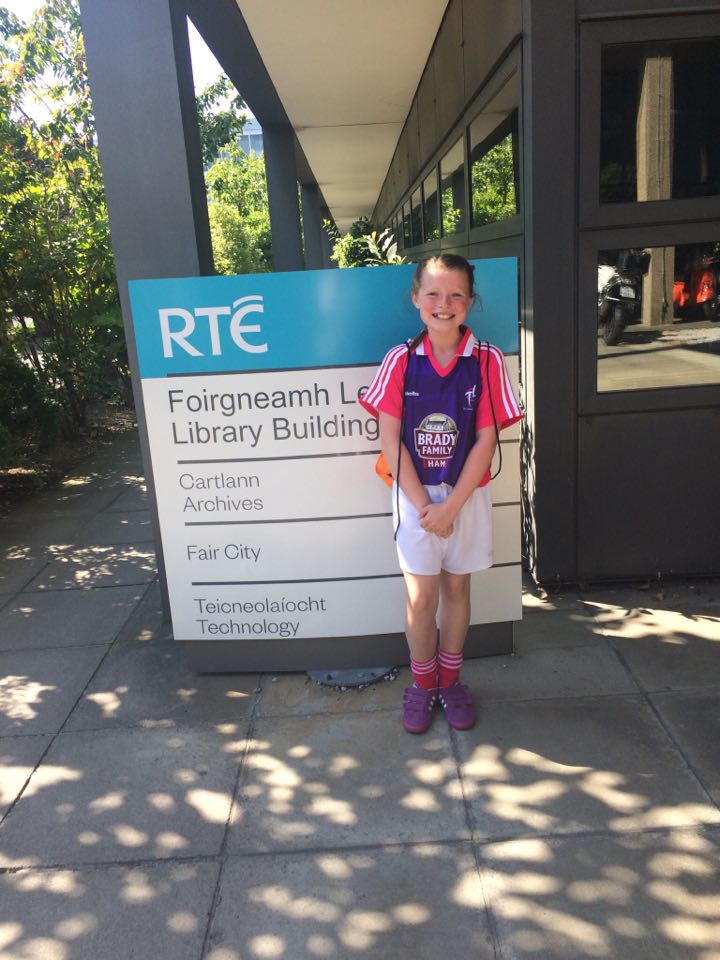 Amanda said there were kids there from all over the country, and they were brought in in groups of four, and then put in pairs.

Holly had to get to know her partner, another little girl, and then chat about her to an audience.

She was then asked what she would do if she was a queen for the day, and Amanda said: “Holly’s answer was something like “I’ve been thinking about this a lot!”.

They got a phone call a few days later off the show to say that they loved Holly and wanted her to be part of the series.

“She was delighted to get up to RTÉ. It was a great experience”, said Amanda.

Holly and Amanda were both filmed talking separately and together about GAA, to which Amanda said they both “bounced off each other”, because they are both so involved in their local club. Filming took about two hours, and both of them will feature in one episode of the series.

Holly was asked what it was like having her mam as a coach, and if she treated her differently to any of the other players.

“She’s that sort of outgoing girl, no bother to her chatting away", Amanda added.

Holly will start fifth class in St Brigid’s Primary School Kildare Town next month, and Amanda said “when she goes back to school that will be the best news of the summer!”.

Amanda said she is “bursting with pride”.

The show will be aired sometime between October and December, and Amanda said an official date will be given closer to the time.