Family homeless although qualifying for HAP 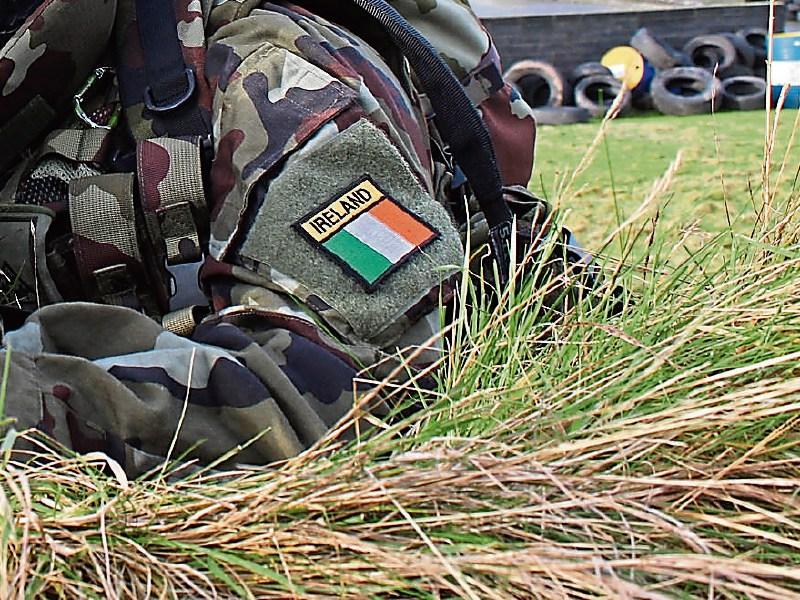 The wages of members of the Defence Forces have come under scrutiny in recent days with the news that the Newbridge family of a corporal serving overseas has been made homeless.

The man’s family have run into difficulty after their landlord informed them he intended to sell their Newbridge house.

The corporal’s income is so low that he and his partner qualify for a Housing Assistance Payment (HAP), which means they could afford approximately €1,200 a month.

The family have been searching for an alternative since the end of July.

They have a daughter with a rare medical condition who needs to be near their GP, and therefore wish to stay in the general Newbridge area.

However the WPDF (Wives and Partners of the Defence Forces) organisation reveals the couple cannot find suitable accommodation in Newbridge.

“They’ve gone to six viewings and things seem to go well until they mention HAP,” a spokesperson for WPDF told the Leader.

They say Defence Forces families are suffering from income poverty, food poverty and child poverty, and that they have had to turn to organisations such as St. Vincent de Paul, AWARE, Pieta House and even the Simon Community for support.

In the same week, Deputy Fiona O’Loughlin has said there is link between a failure by the Defence Forces to either grow its numbers or retain its current numbers and low pay and a lack of clear career paths for members.

She pointed out that with 20% of the families of Defence Forces personnel on Family Income Support, it was clear that they weren’t being look after properly.

“If resources were put into providing good salaries and a clear career path for soldiers, and not just to cadets, then it would be easier to maintain numbers in the Defence Forces.

Speaking of the recruitment campaigns, she noted that there was “no point in recruiting them if we can’t keep them.”

“It’s great to see young people with ambition going into the Defence Forces, but they need a clear career path.

On the issue of women joining the forces, Deputy O’Loughlin who is Fianna Fáil’s spokesperson on Equality, pointed out that of 7,254 Army personnel, only 476 are women.

“I am very concerned that female participation is so low, despite the money being pumped into advertising campaigns to encourage women to join,” she concluded.