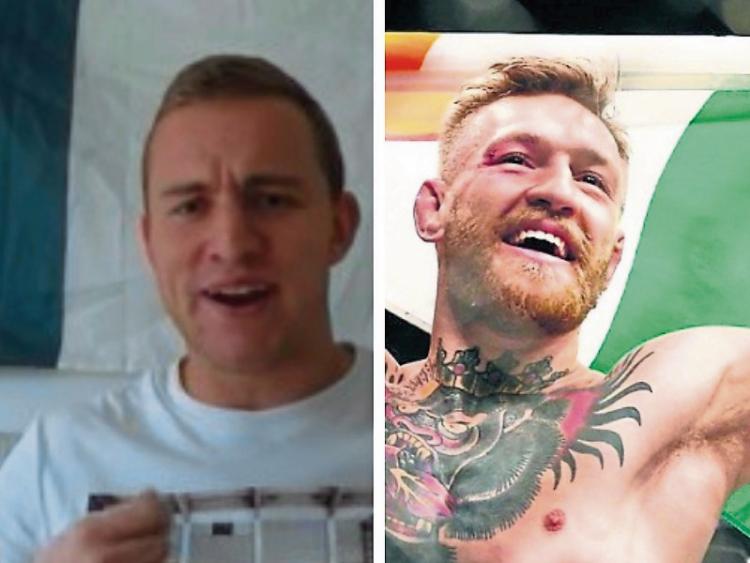 MMA star Conor McGregor so enjoyed a song penned about his upcoming bout with Floyd Mayweather that he’s arranged to fly the Kildare songwriter behind it out to his upcoming Vegas fight.

Mick Konstantin from Celbridge wrote and recorded ‘There’s Only One Conor McGregor’, which has gone viral on social media, with over 2.7 million views on Facebook, and several hundred thousand more on other platforms, since it was posted last Wednesday.

The song features the immortal chorus:

“There's only one Conor McGregor, and there's no fighter better/ And he's going to knock out Floyd Mayweather/  So Floyd watch out cos the Irish are coming/ You can talk all you want, buy you'll do nothin!”

The mixed martial arts champ, who takes on Mayweather in a much-hyped boxing match in Las Vegas on August 26, revealed in an interview with an American outlet that he enjoyed the song so much, he had arranged for Mick and a friend to attend the fight, all expenses paid.

“What a song, it’s the journey in music form,” said the champ, saying he is flying Mick over to say thank you for the support, and that his team had enjoyed the song.

The Kildare singer posted in delight on Facebook earlier today: “Cannot even begin to thank himself and all his crew enough!!!! They really are legends, and will never ever forget this gesture! Really is the stuff of dreams!! Going to take a while for this to sink in."

#getMickKtovegas was a success thank you so much @TheNotoriousMMA for giving me this opportunity! The double champ is the people's champ!

https://t.co/JkZHHfXni1 brilliant. I look forward to meeting Mick in Vegas