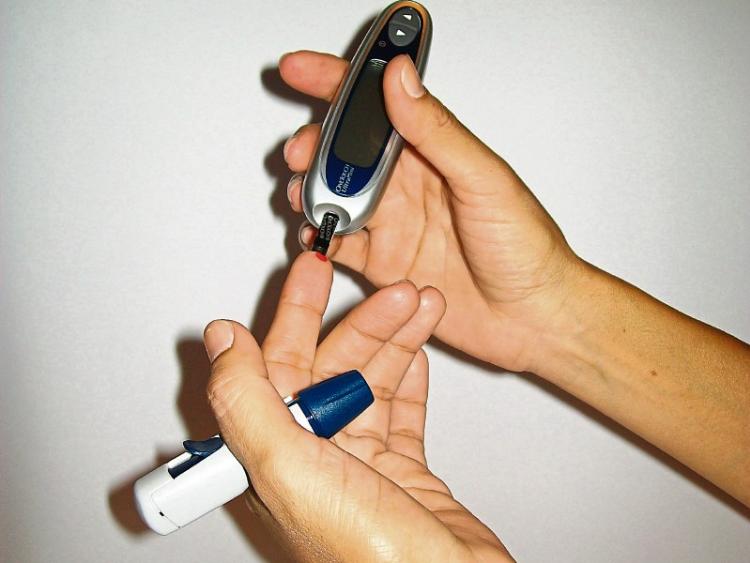 Gestational diabetes in pregnancy is naturally something all women want to avoid. I didn’t want it but I got it. I had to accept it and just get on with my pregnancy.

I had to follow what the medical professionals told me and do you know what? Worse things have happened to me.

When the news was delivered to me in the Perinatal Day Centre in The Coombe, I wasn’t quite so calm about it though. In fact I was anything but.

I was in hysterics. I bawled crying. I just didn’t want to have gestational diabetes. I was tested for the condition because of two big risk factors that applied to me.

First up my mother is a Type 1 (insulin dependent) diabetic and secondly I was a tad bit overweight.

I failed the Glucose Tolerance Test (GTT) and was immediately handed over to the team in the hospital’s diabetic clinic. This was a big disappointment because I had been attending the satellite clinic at Naas General Hospital, which was so handy.

First and foremost, though, I was concerned with the well-being of my baby so I soon got over the disappointment of having to travel up and down to The Coombe for my weekly appointments.

When I first got the gestational diabetes diagnosis, I was hauled up for information meeting with my fellow diabetic pals. Initially, the hope was that I could control the condition through diet alone, so I was given all the infomation and leaflets I needed and was sent on my merry way.

As I mentioned I was checked weekly. I had to have my bloods taken and provide urine samples. Unfortunately the diet-only method of controlling the condition didn’t work for me and as I result I was informed that I would have to have regular insulin injections.

For most, this seems to be the scariest thing when they are diagnosed with gestational diabetes. I wasn’t too pleased about it myself but I grew up seeing my mother administer her insulin injections daily, so it didn’t freak me out a massive amount.

The needles themselves are as thin as a strand of hair and after a couple of days you barely feel them. To be sure, though, I was admitted overnight in order to be shown how to do it correctly and how to check my blood sugar levels on a regular basis. Thereafter, I was sent back to the diabetic clinic to be monitored every week.

Some weeks my blood sugar levels were great, some weeks not so great. The frequency of my injections had to be increased and as did the amount of insulin I was taking, but they eventually got me sorted.

I was under the care of the former master of The Coombe Prof. Sean Daly, who specialises in gestational diabetes and endocrinologist Prof Brendan Kinsley. The latter was great craic altogether and was a dead ringer for Alexander Petrovsky, the Russian fella that Carrie used to go out with in Sex and the City!

I was always concerned that the baby would be huge after I was diagnosed with gestational diabetes because that is one of the effects of the conditions, but they really kept a close eye on that.

In fact I got way more scans after I got gestational diabetes, which was really reassuring. As my pregnancy came in to its final weeks I was informed of the fact that I would not be allowed to go until 40 weeks.

Prof Daly informed me that any time after 37 weeks is safe for delivery and it was at 39 weeks that I was told to come in and be induced. Induction is also something that scares people.

Personally speaking, everything went swimmingly for me. The induction process began at 10pm on a Thursday evening when I was given prostaglandin gel to soften my cervix. By 8am the next morning I hadn’t made any headway so I was given more gel and it worked a treat. Soon after I was in labour, my waters broke themselves and, all in all, my labour lasted seven hours.

In the delivery suite, the wonderful midwife monitored my blood sugar levels and also gave me my insulin injections. And then I was handed the most beautiful baby boy — and a small baby boy, too.

He wasn’t the massive gestational diabetes baby I feared, he was a tiny squish that weighed 6lb 12oz and he was perfect. Aidan’s blood sugar levels were monitored during the first few hours of his life, thankfully all was in order and a day later I took my bundle home to Newbridge.

So there you have it.

Gestational diabetes wasn’t as scary as I thought it would be so if you have just been diagnosed there’s no need to panic. Everything will work out. I’d also like to point out that just because some people are more at risk of getting it, doesn’t mean you will. I know plenty of women who had gestational diabetes — some were overweight and some were anything but overweight. Some had close family members with the condition and some didn’t. Either way, if you get it you just have to deal with it.