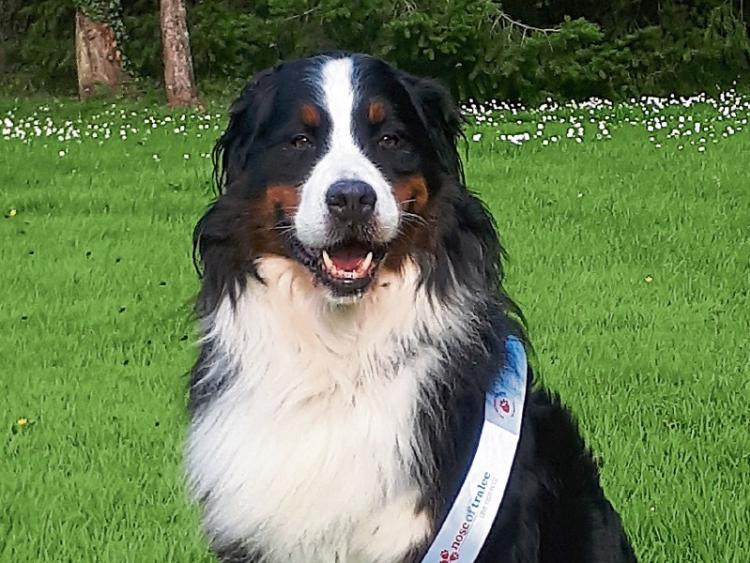 
A adopted rescue dog from Donadea has been selected as the Kildare contender in this year’s Nose of Tralee.

Lily, a Bernese Mountain Dog, owned by Annemarie O'Neill, has qualified for the competition run by www.petsittersireland.ie.

Just over 1,200 pets were entered in the Nose and Lily is one of 32 Nose’s in the final.  Public voting for the Nose of Tralee competition runs on Facebook from the August 8-22 ( https://petsittersireland.com/noseoftralee2017/)

Lily’s matted coat to riches story is both heartwarming and an illustration of the cruelty which can be visited on animals.

It  highlights the work done by Annmarie, a rescue and re-homing coordinator with the Bernese Mountain Dog Club of Ireland, and others like her.

The Nose of Tralee competition has been running for three years. Last year it was won by Dexter, a five year old Siberian Husky from Meath.

Annmarie and her husband, Colin,  adopted Lily in July 2016 when she was 7 years old.  “She is now eight which quite elderly for this breed, although you would never think that when she is running and rolling around in the garden.”

Lily is a rescue dog and in her previous life she had never known love and affection.  “We have anecdotal evidence that she was used for breeding and it would go a long way to explain her huge trust issues with people.  When she arrived in rescue her coat was so matted that it had to be surgically clipped and her smell was so bad that it took about three months to get rid of it fully. People can’t believe that she is the same dog when they see the ‘before’ and ‘after’ pictures.”

“She is terrified of most things but since she came to live with us she is showing signs of accepting us and she is learning to love and trust us.  Whenever we get a positive response from her it’s like winning the Lottery.”

Annmarie’s ha two other  rescue dogs, Charlie, a ten year old part labrador, and Monty, a two and a half year old Bernese, who is bigger and much louder than Lily. “They have been brilliant in helping Lily to settle in. They accepted her without any problems and she is really happy when she is playing with them.”

Earlier this year Annmarie discovered that Lily has a heart condition and problems with her liver.  Given her advanced age they decided against any invasive surgery or treatments, other than tablets for her heart.

“We know we can’t cure her but we are determined to make her remaining time as safe, happy and as secure as possible.  She may have had a horrible first seven years but we hope she knows how much she is loved and adored now.”

If Annmarie and her family have given plenty to Lily, the Mountain Dog has touched their lives like no other dog. “She is a sweet gentle soul and we hope she is with us for as long as possible as we couldn’t picture our family without her. Given everything Lily has gone through in her life we are excited and delighted, and we’re sure she is too, to be in the final of the Nose of Tralee competition.  Never in our wildest dreams did we think she would be selected as the Kildare Nose, so it just goes to show that anything is possible and that happily ever afters do happen too, and if ever a rescue dog deserved it then Lily certainly does.”

Annmarei said she has seen plenty of unfortunate dogs like Lily over the past few years which is tragic and heartbreaking.  There are, however, plenty of dogs that have been re-homed under better circumstances but unfortunately lately the majority of Bernese Mountain Dogs that she get in are elderly and in poor health.” 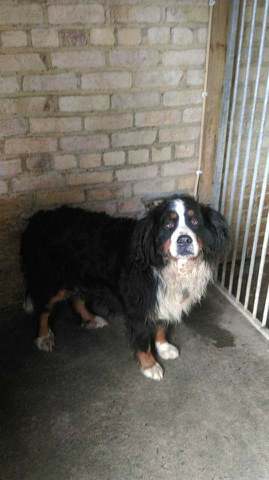 Lily was a rescue dog