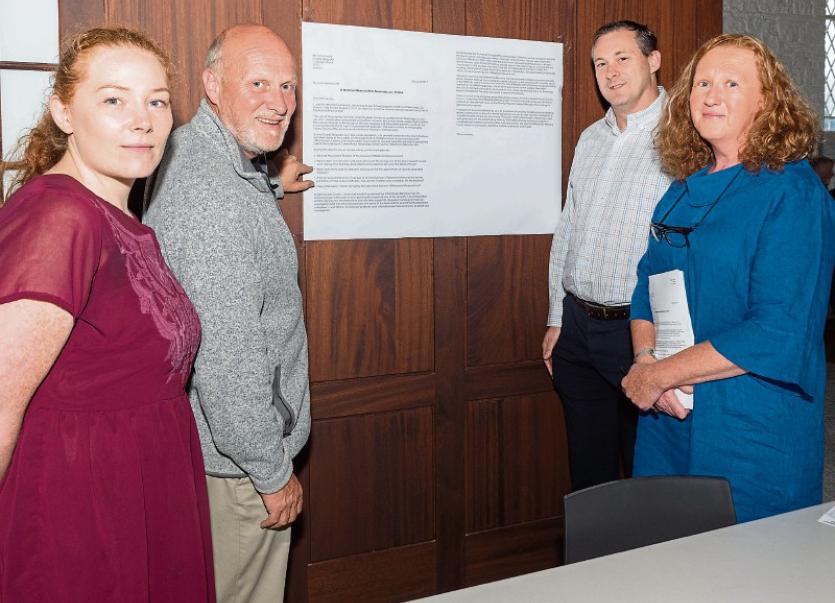 A campaign has been launched expressing concern over the proposed sale of the disused O Modhrain Memorial Hall - known as the old Band Hall - at Cutlery Road, Newbridge.

Residents are being urged to signs letters asking Charities Regulator John Farrelly to examine some of the circumstances of the sale.

Members of an action group set up to seek more information about the sale of the historic building staged a public meeting at Newbridge Town Hall last night. It was attended by less than forty people though the organisers said they were pleased at the turnout.

The letter asks Mr. Farrelly to find out who are the current trustees of the hall and how  they are associated the the primary aim of managing the building.

The letter also seeks information about when the trustees were appointed as well as asking if the public interest is best served by the sale of the hall.

Orla O’Neill, a member of the group, said that while the site has been derelict for decades any community spaces in Newbridge should be retained for community use.

Robbie Doyle traced the history of the building, which is named after Eamonn O Modhrain (1881-1954), who was a prominent nationalist and republican in County Kildare. He was also active in the Gaelic League and was arrested and imprisoned in 1916. He was active in the War of Independence and the Civil War.

The Leader reported in February 1956 that money was raised to build the hall, to be used by the people of Newbridge as a cultural/historical centre and it was also a base for music bands based in the area.

Cllr Joanne Pender said politicians, including Dep. Fiona O’Loughlin and Cllr Mark Lynch, who attended the meeting, were involved in efforts to bring the building into public ownership.She added she was surprised to see it going up for sale. Cllr Pender said the solicitor representing the trustees said there was no other feasible option other than a sale.

Cllr Mark Stafford said KCC has no interest in acquiring the hall. He said the trust and trustees which manage the building faced fines under the law. He added the trustees have an obligation to act in the best interests of the trust and they would have been asked why they allowed the fines to build up.

“The trustees had no option but to sell it,” said Cllr Stafford.