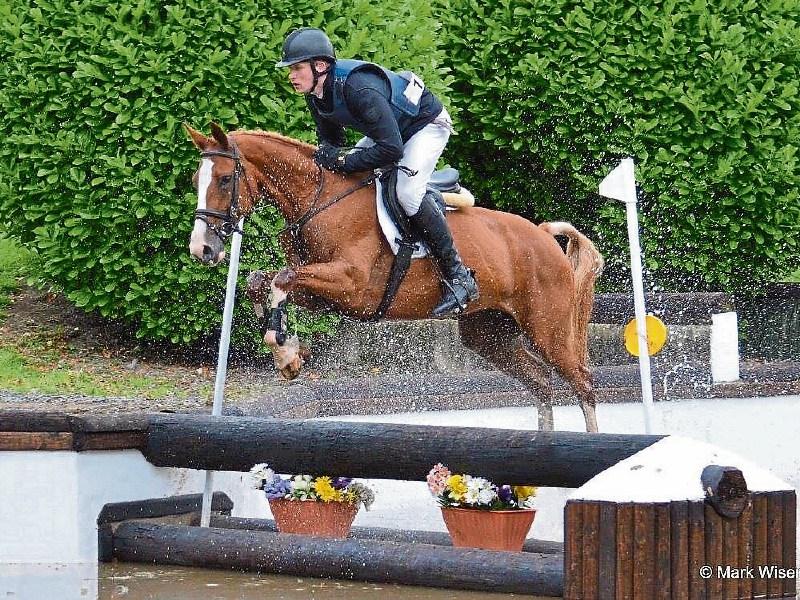 THREE horses will represent Carton Equestrian centre at the RDS Horse Show which runs from August 9-13 next week.

Carton, owned and run by Owen Kavanagh and his son Sean, both originally from Celbridge,  is based in Kilcloon, just outside Maynooth.

A riding school and showjumping training base, Owen has been in business for thirty years.

His students and his son  have qualified each year for over 15 years.

This year they will have three horses representing Carton

Stephen Holland, a former Salesian College student, qualified on the horse 'Be Dignified' on May 17 at  Barnadown in Co.Wexford.

His horse will compete in the 4 year old National Young horse jumping class which takes place next Wednesday & Friday in Simmonscourt arena.

The chestnut  is owned by a showjumping customer Rachel Hughes of Courtown Park, Kilcock. Co.Kildare.

He will compete next Thursday & Saturday.

This mare is owned and bred by James Farrell of Kells, Co.Meath.

Stephen Holland booked a second place, competing in the eventing section in the Main Arena of the RDS.

He qualified for the Small Event horse class on the mare 'Craddenstown Vechta's Star,  a 7 year old mare owned by Master Farrier, Gerry Murtagh, of Craddenstown, Raharney, Co. Westmeath. He jumps on the Wednesday and Thursday.

Carton Equestrian will also have two riding school ponies, Molly and Clamper, stabled there for the week in the kids zone. They will be providing pony rides every day for the general public & budding showjumping enthusiasts. They are located just behind the main ring.