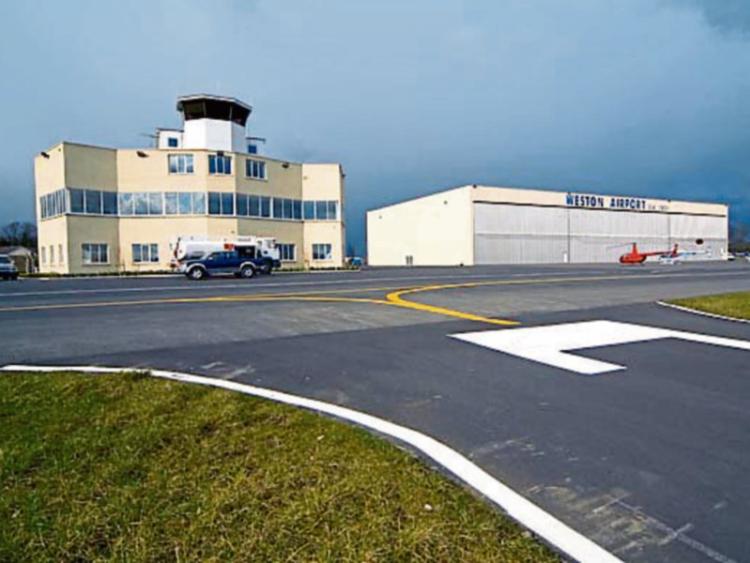 Residents living in the areas around Weston Airport will be making submissions to raise concerns over possible changes at the airport or aerodrome.

At a meeting in St Mary’s GAA club on Tuesday night, attended by over 60 people, there were calls for strong submissions to be made to a consultation on Weston by South Dublin County Council (SDCC).

The public has until August 24 to put in submissions.

There is worry that Weston’s owners want to expand the airport substantially, possibly catering for commercial passenger and cargo flights and turning it into a regional airport.

Weston’s previous owner, Jim Mansfield, battled both South Dublin and Kildare County Councils in the past over runway lengths because the airport is located across both counties.

In 2010 planning application, Bord Pleanala, in the course of turning down an application, for changes to runways said that neither the application nor an accompanying Environmental Impact Statement identified the types or volumes of  air traffic envisaged or any changes would would comes from the proposed changes.

Kildare County Councillors and officials may not be agreed on a submission to SDCC.

Cllr Brendan Young asked Kildare County Council to include a request in a submission to SDCC that European Aviation Safety Agency (EASA) regulations, in particular European regulation 139/2014, not be included in SDCC.

He said that if SDCC include EASA regulations, there could be be pressure to extend Weston by planning permission.

During the discussions at the KCC meeting on how any submissions would be made, Mayor Martin Miley said he was sure officials would make a submission. But Director of Services, Peter Minnock told members: “Our (KCC executive) submission might be different to yours.”

Mayor Martin Miley then said the official KCC submission would be based on what is contained in the County Development Plan.

Residents believe that 139/2014 applies only to major commercial airports.

Kildare North TD, Catherine Murphy, told the GAA meeting that there is concern over developments being introduced under the guise of safety.

SDCC has said it intends to review the land use planning framework governing the future development and operation of Weston Aerodrome with reference to changing European safety requirements, economic development opportunities for the County and the impact on neighbouring residential communities.

The Council said this review shall be carried out in the context of facilitating “the development of ancillary uses at the aerodrome within its existing setting and consolidate aviation operations.”