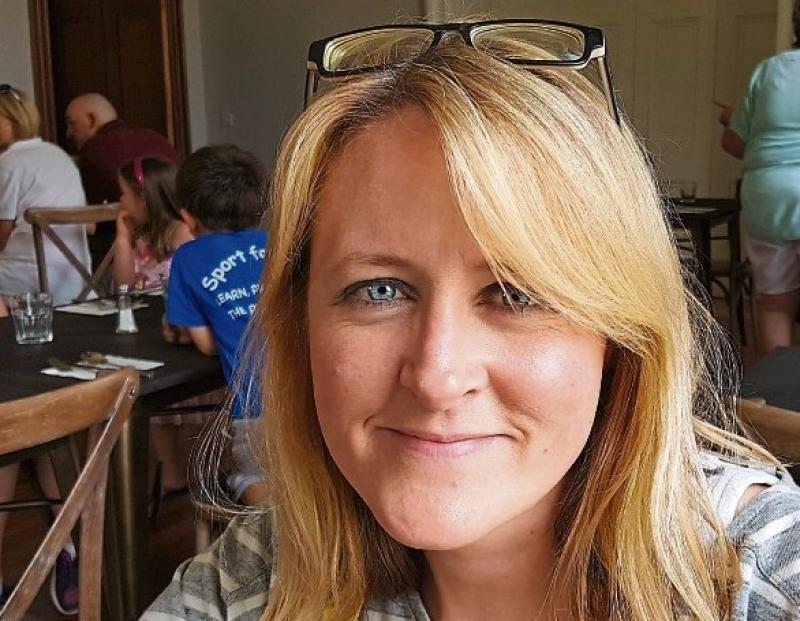 A new cafe has opened in rural Kildare.

Today, July 12, was the first day of business for Eilin O’Carroll and her husband, David, who have refurbished historic Firmount House in Clane.

The six bedroom house, bought from the Department of Defence four and a half years ago, was very busy just after lunchtime today.

“The very first day,” said Eilin, whose labour of love has resulted in what she wants to be very much a community facility. “This whole house is about community,” she said.

Located on the Millicent Road to Sallins, just 1.2km from Firmount Cross on the Clane-Prosperous road, the new facility can be reached from Clane by car in five minutes or so.

Permission for the three storey house, built over a basement, came with onerous conditions. “It was a struggle dealing with the Council and the conservation conditions,” said Eileen, who, along with herself, has five people employed.

The windows were closed off with blocks and much of the house has had to be restored.

Eilin, who comes from north Dublin and is a financial asset manager, by profession, and her husband, David, an IT engineer, moved from London and now have two six and half year old twin boys, Ruan and Liam.

David is from South Africa and among his other chores, coaches rugby at Clane RFC.

If things work out as hoped, Firmount will host meditation and other classes and serve as a community meeting place. “We are not rolling in money,” she said.

They hope, Firmount, which is just under twenty minutes by car from the outskirts of Celbridge and less from Naas,  can serve as a wedding venue, perhaps for groups  up to 75 people, and a restaurant.

It has taken them long hours to get to where they are today with this historic house.

Eilin is delighted with  research on the building’s history done by Pat Given from the Clane History Group.

It then became a major centre for collating information on radiation.

In the mid 1960s, the then Government feared a nuclear attack on the UK could see radiation drifting into Ireland and it set up a Civil Defence programme which would measure radiation in that event.

Eilin told the Leader that during the refurbishment they found old creams, World War II helmets, which will be displayed.

It was thought that the House could be used as a refuge for the Irish Government in the event of an attack.

The Department of Defence put it out to tender in January 2010 and it was sold to Eilin and David.

Their project has had some immediate effects: “People who have been living in this area for 20 years and who had never met, met her for the first time today,” she said.

She said food wise they will hope to use as much locally grown produce as possible and enable permaculture tomato grown on the five acres around the house.