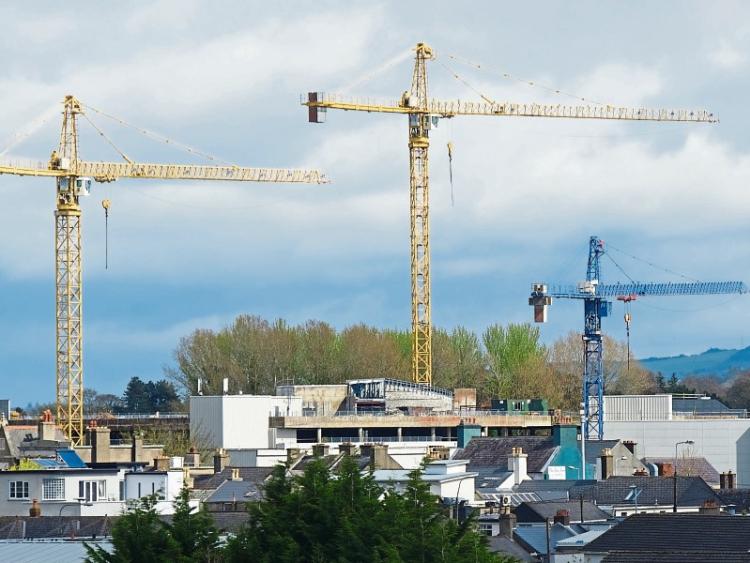 The three cranes on the Naas skyline

Kildare County Council is insisting it has no role in the inspection of the cranes at the unopened Naas Shopping Centre.

The three large cranes dominate the town skyline and haven't been taken down despite the fact that they appear to have been hardly used, since the centre was due to open almost eight years ago.

Local residents as well as politicians have expressed fears about the safety of the structures.

When this issue was first raised — when Naas Town Council was in existence — it emerged that the cranes were subject to six monthly inspections and satisfactory information had always been provided to the local authority.

According to a report at the recent Naas Municipal District meeting, the responsibility for the cranes lies with the developer and the National Asset Management Agency.

However KCC says that the developer inspects the cranes every six months but KCC has no role in this.

It is not necessary for reports to be provided to Kildare County Council.