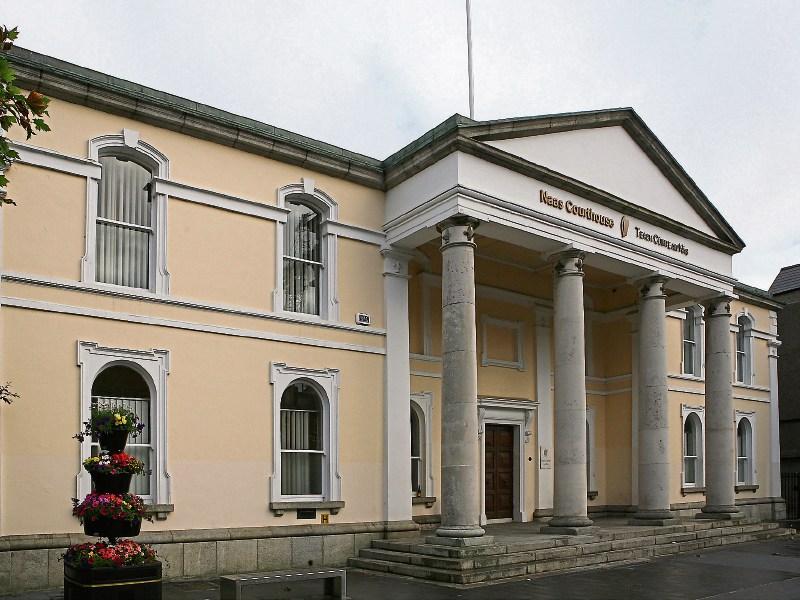 A young man who appeared at Naas District Court today (July 6) was attacked by another prisoner after evidence of his case was given.

Justin Geoghegan, of 19 Glenkeen Park, Fair Green Village in Portlaoise was charged with an alleged incident of assault causing harm to his mother, Fiona Geoghegan, and criminal damage to property at 52 Hazelwood Manor, Block C, Newbridge on February 5 2016.

Mr. Geoghegan pleaded guilty and was remanded to a week in custody until Thursday July 13, and as he sat down in Court, another man in custody struck him in the face.

The 27-year-old was bleeding heavily and was ordered by Judge Desmond Zaidan to be brought to hospital immediately.

The man who punched Mr. Geoghegan was in custody on 15 charges.

He was dragged from the courthouse by Gardaí.

Judge Desmond Zaidan said he was “shocked” by it.

“I’ve said it so many times about security in this courthouse. What happened shouldn’t have happened. To be assaulted in that way in a courtroom is unacceptable. Nobody has a right to do that. It’s wrong”.

Judge Zaidan told Inspector Mel Smyth that the Gardaí and Priosn Service need to review the way people in custody are dealt with, to which Inspector Smyth said he will be sending a report out this evening.