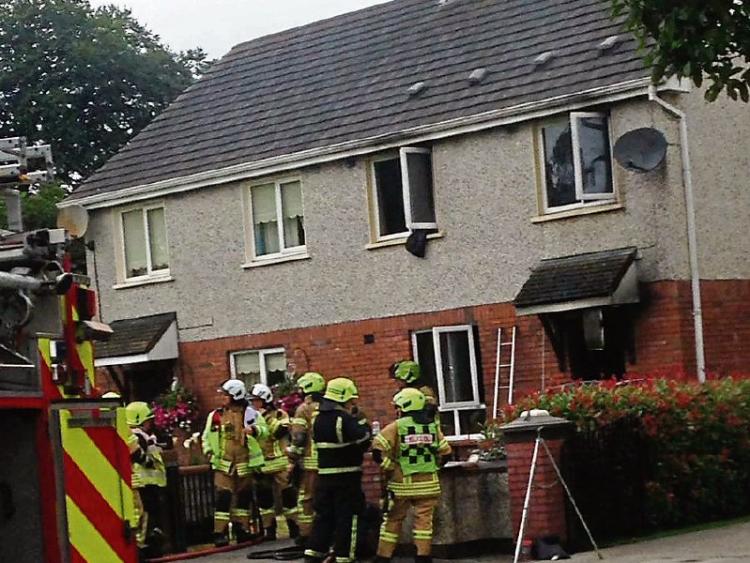 The Garda Press Office have told the Leinster Leader that the injuries to a firefighter hospitalised following a fire in a Kildare house this morning are “not life-threatening”.

The man was taken to Naas General Hospital but is said to make a full recovery.

The Dublin fire brigade have paid tribute and sent well wishes to the injured man on Twitter.

Hoping that our injured Kildare FS colleagues will make a full recovery after a call in #Athy with @LaoisFireRescue photo @emergencytimes pic.twitter.com/CeP1Lc7Kqm

Gardai are currently examining the scene of the fire in Canal Walk, Athy.

The cause of the fire is not yet clear, but is said to be a domestic fire, and not a gas explosion as previously thought.

Kildare's Chief Fire Officer, Celina Barrett, said the Emergency services got a call at 10:05am this morning, following a report by locals of an ‘explosion’ in the house.

Fire crew in Athy and Stradbally attended the scene quickly.

The fire is believed to have started on the first floor, and while the fire was being extinguished the firefighter was injured.

It has been reported that there were no occupants in the house at the time, but next door houses were evacuated as a precaution.

If people would like to donate anything, you can do so at The Athy Community and Family Centre on Woodstock street.

The drop off for the collection for those effected by the fire this morning is the
"The Athy community and... https://t.co/2c4Of835P7