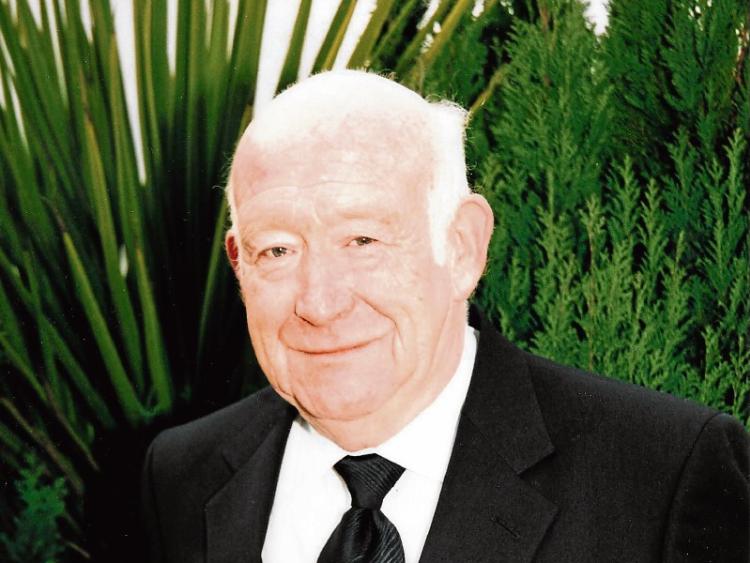 A golf club and a table tennis bat were two of the gifts brought to the altar as family and friends said farewell to sports lover and Millicent Golf Club member, Cyril Sweeney.

The 75 year old Dublin native, who passed away on June 17 at Naas Hospital was laid to rest at St Corban’s Cemetery in Naas after mass at at St. Brigid's Church, Kill, on Wednesday, June 21.

He was brought up in Rathfarnham and lived in Tallaght for many years.

He was a former President at Woodlands Golf Club in west Kildare before it closed and he then moved, with many other members and friends, to Millicent Golf Club.

Speaking at his funeral mass, where Clane locals, Catherine Nolan and Tony Hanway, provided the music, Fr Willie O’Byrne said of Cyril that he loved people and the craic though he never took a drink in his life.

This journalist was privileged to know Cyril through Leixlip Table Tennis Club where he had been helping out as a coach, from the outside club.

He loved coaching and playing both table tennis and golf.

He loved all kinds of sport and a television remote control device was among the gifts taken to the altar.

Music was another passion and his guitar was brought to the altar as a gift. Some songs that he recorded on CD were played as we left the church.

Fr O’Byrne said that while he might not be a regular church goer, Cyril was a spiritual man.

He showed great courage in battling cancer. He only gave up when he had no more to give.

Cyril, who worked for Dublin City Council, played in a band, The Mighty Apples, in the 1950’s/60’s, and it was on his way to a practice gig that he met his wife, Geraldine. They were married 47 years. After living in Rathfarnham and Tallaght for many years, they moved to Johnstown fifteen years ago.

His family were his pride and joy.

Cyril’s son, Stephen, recalled aspects of Cyril’s life and reminded us all of his great sense of humour and sometimes “rude” jokes.

“Dad taught so many of us so many different things,” said Stephen.

Cyril is survived by his wife, Geraldine, sons Edward and Stephen, daughter Michelle, and other family members and friends

Stephen thanked the staff at Naas Hospital and the family asked that any donations, if desired, to Friends of Naas Hospital.