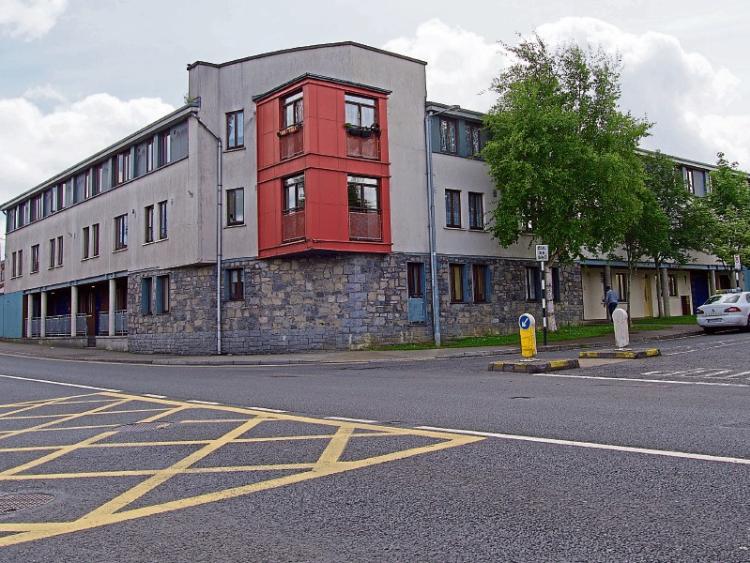 Residents living in an apartment block near Naas town centre have criticised what they claim is anti social behaviour in the vicinity of their homes.

They say that they have complained to Kildare County Council  claiming that members of a family living there have used a hallway as a toilet.

It’s also claimed that  some of the family have trespassed on property belonging to other residents there.

“The children are out late at night some children as young as five are out on the road which is near the busy Newbridge road. They are playing ‘chicken’ by cycling out in front of traffic,” a resident told the Leader.

The resident also said that rocks have been thrown at cars, late night parties are taking place and some elderly people are living in fear.

It’s also claimed that some people are jumping on cars and satellite TV dishes have been broken.

“I feel I don’t have any quality of life here. Other children cannot be let out to play because their parents are afraid that something might happen to them,” a resident told the Leader.

A KCC spokeswoman declined to comment on the specific issue other than to say that the council has an anti social behaviour strategy.

“The strategy includes information in relation to the complaints procedure relating to anti-social behaviour. The complaints system is confidential and I am not in a position to comment on any individual or specific complaints that may have been made to the housing authority. The strategy sets out the actions that are available to the housing authority once a complaint has been investigated and validated,” the spokesperson said.