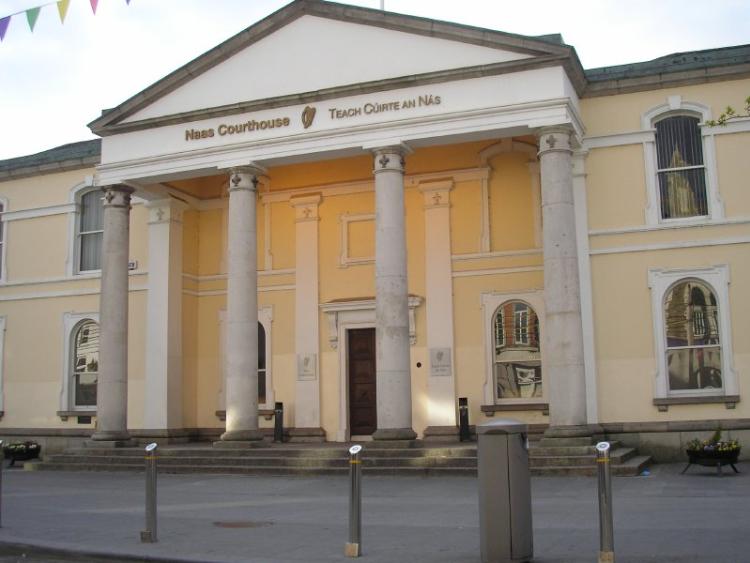 Daniel Donoghue and William Donoghue were arrested at 1, Drogheda Road Monasterevin on April 11 2017. A neighbour called the Gardaí, after they noticed Liam was distressed outside the home.

The Court heard how 29-year-old William and 26-year-old Daniel were residing at 1, Drogheda Road Monasterevin with their father Liam when an alleged row broke out in the living room.

The two accused are alleged to have grabbed knives from the kitchen. One of the accused said they were going to kill their father.

William Donoghue said he “tried to frighten him to stop the argument” but had “no justification” for getting the knife.

Their father, who is in his fifties, allegedly came at them with a coffee table that was in the living room, when William Donoghue is said to have allegedly taken an axe and struck the table.

Both men were arrested at the scene and brought to Naas hospital that night. One of the accused allegedly said to a Guard at the hospital that they would “go back and finish the job”.

Both men were living in Wales with their mother for two years prior to the incident and currently have no address in this jurisdiction.

Representing solicitor Tim Kennelly said that if granted bail the two brothers could go to a hostel, and sign on twice a day.

The garda said he was opposed to granting bail as he believed the two brothers may interfere with a key witness in the case, and could be of  “significant” danger to the father if released. He was also worried that both of the accused may not turn up to their trial date.

Judge Desmond Zaidan said it appeared to have been a “senseless” attack and that there didn’t appear to be any underlying family issues.

“It’s not easy for any father to be in the position you’re in. It’s disheartening to watch you.” he told Liam Donoghue.

When asked by Judge Zaidan whether he was concerned for his safety, Liam Donoghue, answered: “I am yes. I didn’t think they’d ever do that. I can’t take them back”.

The Court also heard how William allegedly had taken drugs approximately 12 hours before the alleged incident.

Both men were charged under Section 11 of the Firearms and Offences Act and were remanded in custody to Cloverhill to appear at Portlaoise District Court for the service of the book of evidence on June 28.