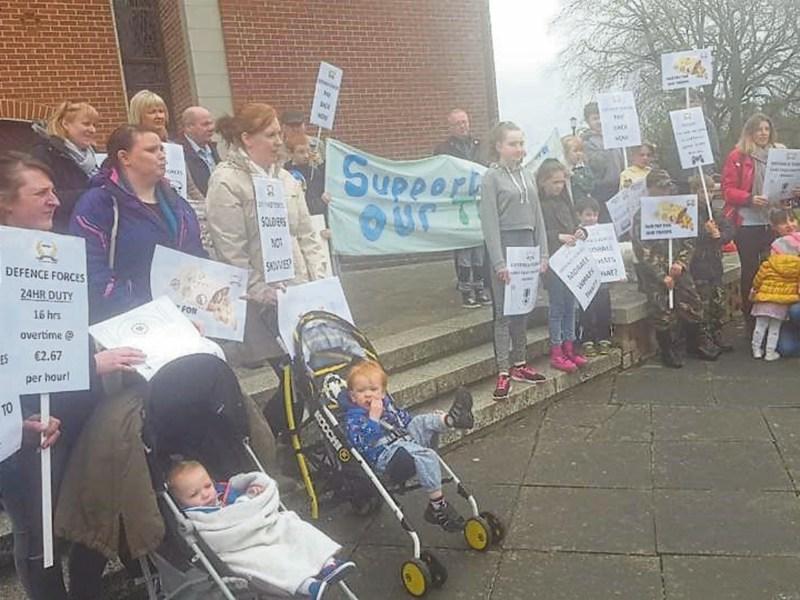 Army families at a protest back in April 2017.

Members of army families took to the streets of Newbridge last Saturday June 10 to stage a peaceful protest, organised by the Wives and Partners of the Defence Forces.

The protest took place to continue to raise awareness in relation to the unacceptable pay and conditions of our loved ones who are enlisted members of the Defence Forces.

It began at St. Conleths Church Newbridge and finished at the headquarters of the Department of Defence.

During the march, a wreath will be laid at the Town hall in memory of all the deceased and missing personnel of the Defence Forces.

The Defence Forces have been subjected to pay cuts since the recession, and families are struggling on the current army wage.

SEE ALSO: Army wives due to protest in Kildare at Curragh Camp