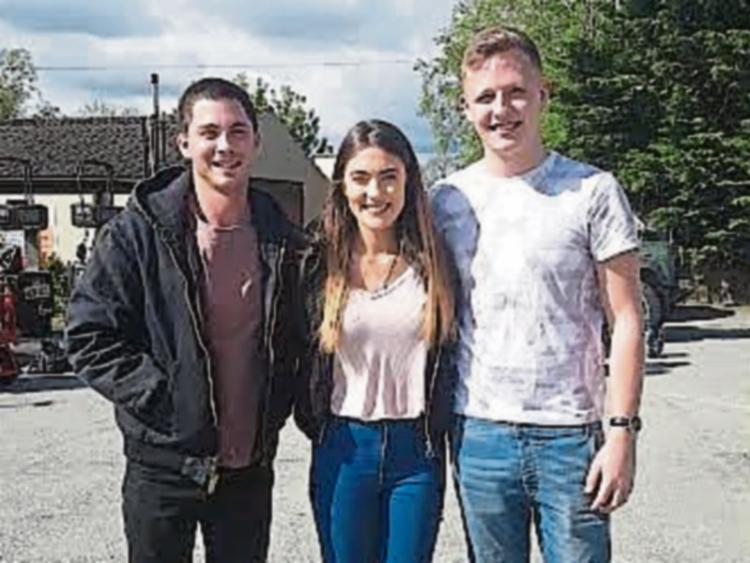 There was great excitement in the West Wicklow village of Hollywood recently as a film crew set up shop.

Daly’s service station was the location spot for a new film with some familiar names.

‘End of Sentence’, which is written by Beautiful Boy’s Michael Armbruster, follows a father and son reluctantly embarking on an eventful and emotionally fraught road-trip to Ireland, honouring the request of their late wife and mother.

Starring American actors John Hawkes, Logan Lerman (best known for his role in the Percy Jackson films) and Irish actress Sarah Bolger, this will be the feature film debut of director Elfar Adalsteins.

‘End of Sentence’ sees down and out young ex-con Sean (Lerman) and his uptight but well-intentioned father Frank (Hawkes) thrown together on a road trip to scatter the ashes of their late mother and wife, Anna. Careening, from Alabama USA home to Ireland.

The pair are forced to confront the flaws in their relationship and find a common ground.

Between a disconcerting Irish wake, the surfacing of an old flame, the pick-up of the intriguing hitchhiker Jewel (Bolger) and plenty of unresolved issues, the journey becomes a little more than father and son had bargained for!

Hollywood and West Wicklow are no strangers to the stars, having regularly featured in TV productions and films, the most recent being The Vikings, and the shooting of Michael Collins in the iconic film was shot in location in Hollywood village itself.