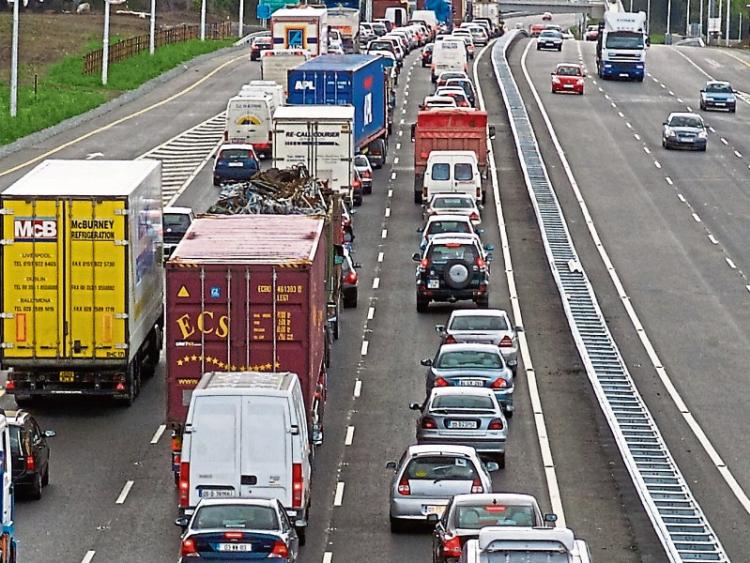 More details have emerged about the M7 accident which caused major traffic delays near Monasterevin a week ago.

Emergency services attended the accident scene at about 1.30pm on June 1.

Gardai believe the accident happened when Toyota car travelled on to the overtaking lane on the Dublin bound side of the carriageway. The vehicle was in collision with a lorry travelling behind, which forced the car on to the hard shoulder.

It’s understood the car driver then left the vehicle and was struck by a van, also travelling towards Dublin,  after running from the vehicle. The man was treated for his injuries, which are understood not to be life threatening, in Naas Hospital.

Gardai are also investigating whether this incident is linked to an alleged claim of false imprisonment made by a woman. This allegation was made in phone call to Portlaoise garda station. The woman has apparently claimed she was held for a short time against her will before her vehicle was taken and driven away at about 1pm.