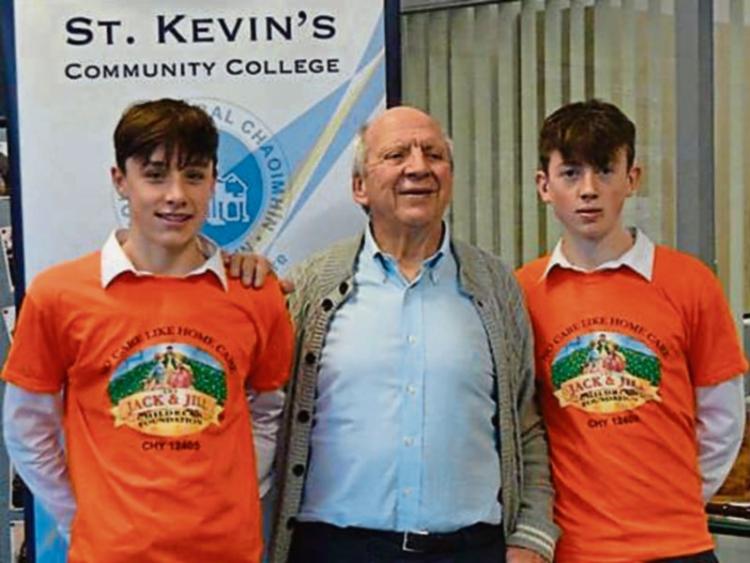 Two transition year students in St. Kevins Community College, Dunlavin have raised a whopping €6,784 for the Jack and Jill Foundation.

Conall Byrne & Rob Coyne from Hollywood spent 8 months between September 2016 and May 2017 tirelessly fundraising for the worthy cause as part of their Transition Year community work experience. 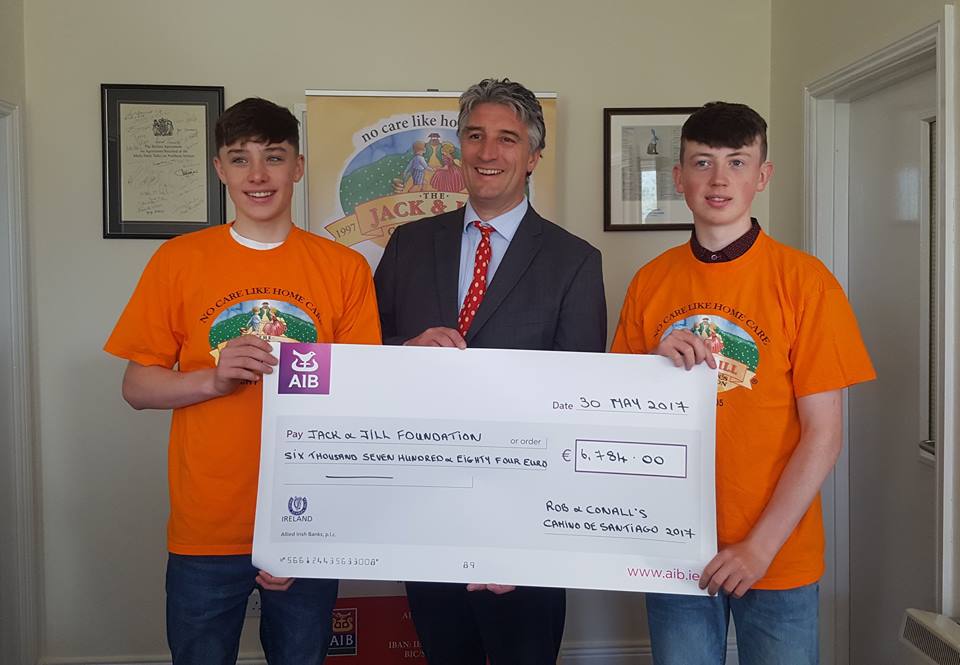 Conall and Rob at the Jack & Jill headquarters in Johnstown, Co. Kildare presenting the CEO, Hugo Jellett, with a cheque for €6,784.

The Jack and Jill Foundation provides nursing care and support for children with severe neurological development issues up to the age of four, and support for their families.

They visited the Jack and Jill headquarters in Johnstown, Co. Kildare yesterday (May 31) with a cheque.

The money raised by Conall and Rob will fund 424 hours of home respite care for families of sick children.

Jonathan Irwin, Founder of Jack and Jill, visited the school in December 2016 to show his support for the two boys.

Conall and Rob travelled to north-west Spain at the beginnning of May, to walk a 117km section of the Camino (Sarria to Santiago de Compostela), with the support of their proud mothers, Evelyn and Margaret.

The boys documented the five day trip on their Facebook page,  Rob & Conall’s Camino, travelling through forest woodland tracks and farmyards, trying the local cuisine while moving from hostel to hostel.

On top of all this, they undertook a 5KM Santa Run in Hollywood Forest, a coffee morning in the village, a Christmas Candy Cane sale in their school, and two bag packs in Dunnes Stores Newbridge (where they raised €1,700) and Blessington.

Conall and Rob said: “We were delighted to work with this wonderful and worthwhile charity and with the incredibly supportive and hard-working team of Jonathan, Hugo, Edelle and Denise.

“We would also like to thank everyone who helped with this fundraiser in any way. We especially would like to thank our parents, the people and organisations who donated so generously, the Hollywood community and all our friends who helped out on the various fundraisers”. 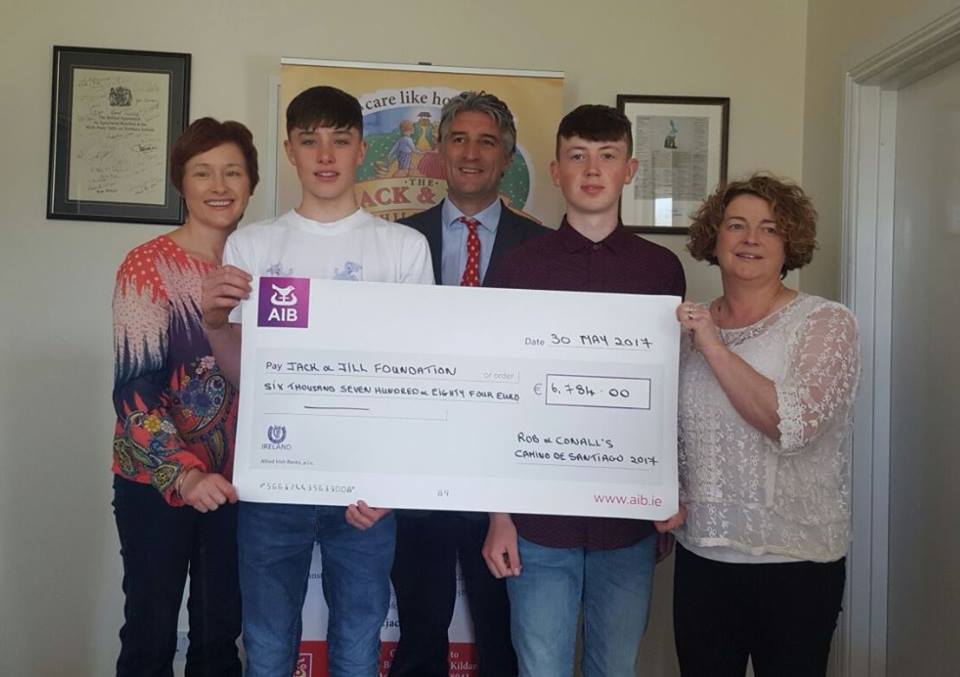 Conall and Rob with their mothers, Margaret and Evelyn with CEO of Jack and Jill Hugo Jellett 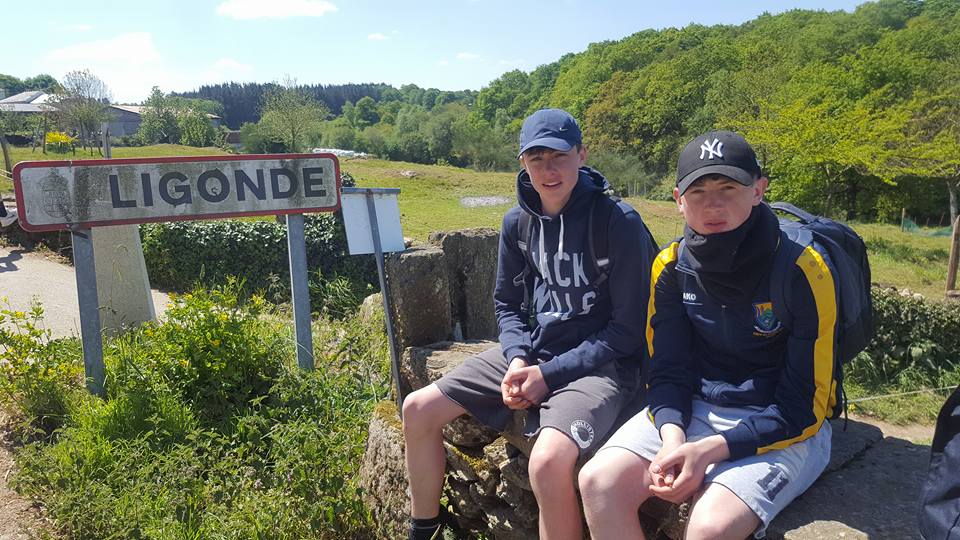 Conall and Rob in Spain 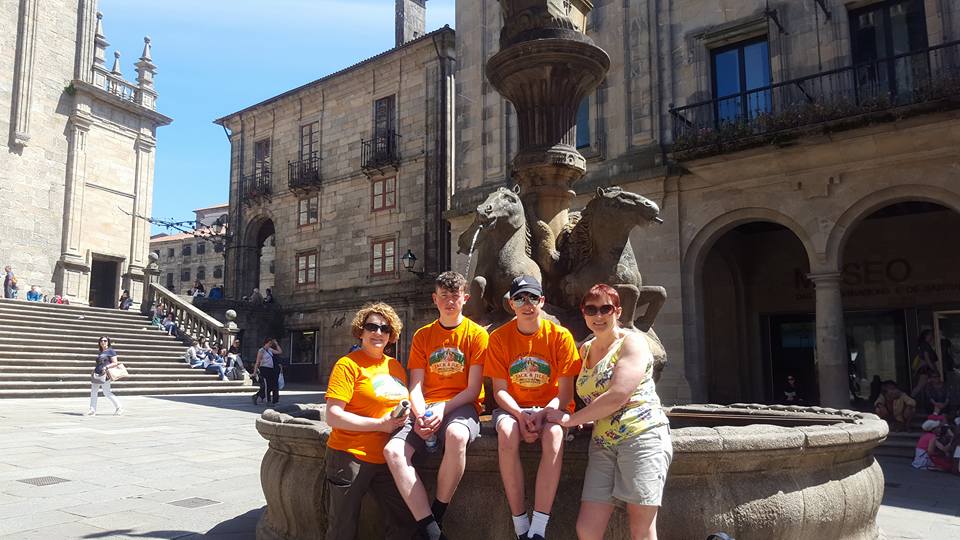