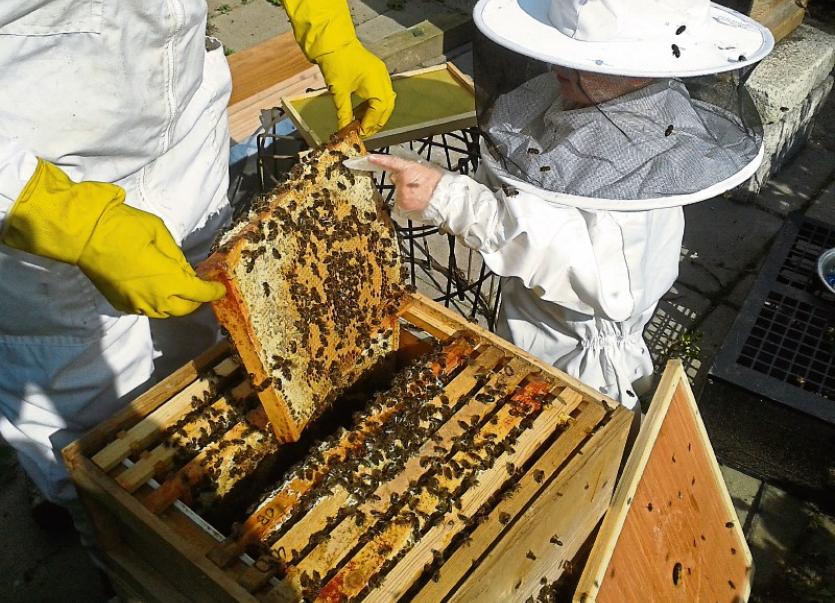 KILDARE County Council has deferred a motion  to ban the use of weedkillers containing glyphosate in public Council controlled areas in the county.

It has referred  Cllr Ide Cussen to its Environment Strategic Policy Committee.

Cllr Cussen said the motion did not refer to its agricultural use but in public areas.

Glyphosate is a chemical used in weed killer, specifically the well known Roundup.

She said a report by the International Agency for Research against Cancer (IARC) in 2015 concluded that glyphosate was probably carcinogenic to humans.

At the Council’s monthly meeting on May 29, she said that France banned its sale in garden centres. A “hugely criticised”  report from the European Food Safety Authority (EFSA) concluded that glyphosate was “unlikely” to cause cancer.

The meeting was told that the chemical affects bees in particular.

Simon Wallace, the Council’s Senior Executive Parks Superintendent, said  a ban would increase maintenance budgets and hinder control of invasive species. Additional efforts would be needed to stop its use in housing estates and public areas, he said.

Mr Wallace said the Council is committed to the All Ireland Pollinator plan which includes an objective to reduce the use of pesticides and use of alternative methods for weed control.

Cllr Brendan Weld said he was totally opposed to a ban. Bees were under pressure this year because of the weather, he argued. “We would put a lot of livelihoods out of business. Commercial people will need to keep the supply of food going.” He said the chemical has been licensed for use by the EU.

Cllr Reada Cronin said the motion was about public land.

Cllr Brendan Young said he would not rely heavily on licence from the EU. “There are 10,000 lobbyists and thalidomide was licenced by it.”

He said the bee population is under serious threat and that is a serious matter for food production.

Cllr Martin Miley said the matter should go back to the SPC.

Cllr Padraig McEvoy said he sympathised with the sentiments of the motion but said they had no power to ban it and supporting the motion could mislead the public.

Director of Services, Sonya Kavanagh, advised the councillors to defer the proposal to the SPC.

Mayor Ivan Keatley said he would be “extremely concerned if South Dublin County Council took a decision and did not know what they were deciding on.”

in such controversial situations the precautionary principle must apply.“It is banned in South Dublin Co Council in playgrounds, in housing estates, in public areas.”

She asked anyone with a concern about the use of glyphosate in public areas in Kildare to contact the Chair of the Environment Strategic Policy Committee at meetings@kildarecocouncil.ie .