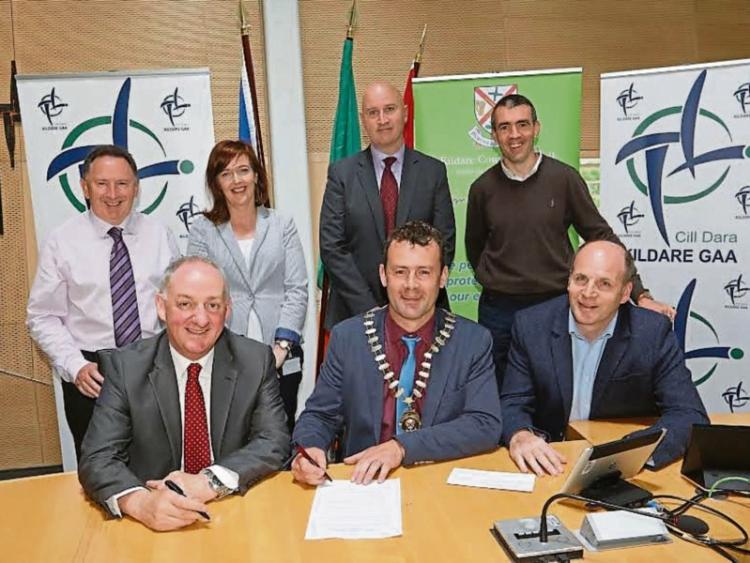 Kildare County Council has entered into an exciting partnership agreement with Kildare GAA, to promote the network around the county.

Apart from his obvious leadership qualities he also has a background in horticulture and understands fully the importance of local planting and landscaping.

The county has come from relative obscurity in the national competition some years ago to now enjoy three gold medals, five silver and two bronze in 2017.

This new partnership will encourage local innovation as well as generally creating a sense of excitement and team work.

Kildare Town, was officially named as Ireland’s cleanest town in the IBAL (Irish Businesses Against Litter) awards in January, 2017.

This winning format involved very close co-operation between the staff of the Roads Department, the local Tidy Towns group as well as the Chamber of Commerce.

This has been a source of great local excitement particularly as the town will also benefit from a prize in the form of a specially commissioned sculpture to the value of €40,000.

In terms of the national Tidy Towns competition, the following were the prize winners in 2016:

Johnny Doyle is particularly excited about his new role as Tidy Towns Ambassador as well as the partnership arrangement and suggests that ‘it is a model of local collaboration which could be replicated in other counties.

‘The focus on energising communities and encouraging local initiative will be key to future success.

It is proposed that the partnership agreement will be for an initial 3 year period.