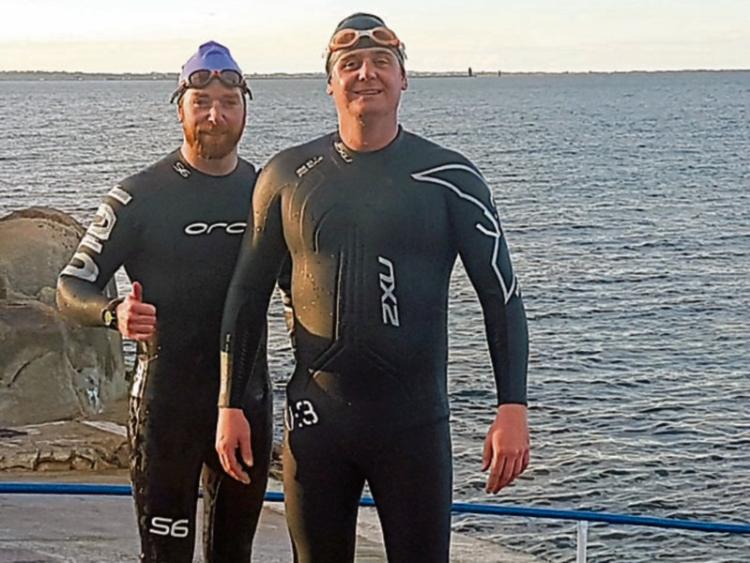 Two Naas men will take to the shark infested waters around the infamous Alcatraz Prison to raise money for charity. Stephen Tighe and Paul Quigley will participate in the  ‘Sharkfest Swim 2017’ in San Francisco Bay on June 4.

They are taking part to raise money for the international agricultural organisation Gorta-Self Help Africa and a children’s education programme in Cambodia. A broadcast interview with a previous competitor in Sharkfest provided Stephen with the inspiration to take the challenge, and although he admits that ‘it took some convincing’ to get Paul on board, once they signed up for the event there was no looking back.

Stephen is an electrical engineer and Paul co-owns a hair salon and the pair have been training weekly in Dublin Bay to prepare for the event.

Stephen joked: “We’re prepared for the cold and hopefully won’t have to worry about the sharks. There will be plenty of us in the water, so as long as we’re not the slowest,” Stephen jokes.