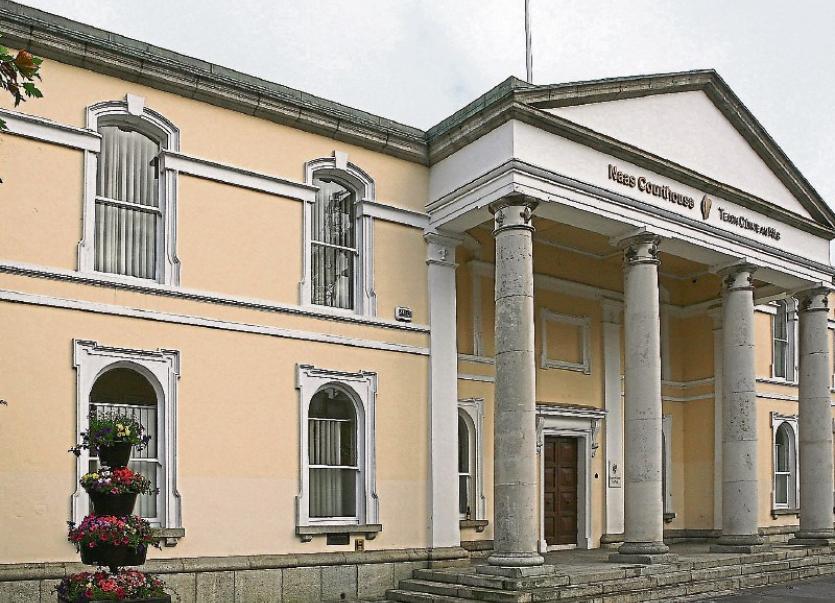 A 32-year-old man accused of assaulting a female shop assistant in Newbridge and a number of other offences has been remanded in custody at Naas District Court today, May 25.

Glonti Baquar, thought to be of no fixed abode, who, the Court was told, arrived in Ireland two months, was assisted by a Russian translator, when he appeared before Judge Desmond Zaidan.

The State is alleging breaches of the Misuse of Drugs Act, public order and assault on a woman at Donal’s Shop in Newbridge, thefts at Tesco, in Monasterevin, in Kildare town, and at Young’s Pharmacy in Edward Street, the day before the court sitting, on May 24.

He is also charged with driving without insurance or having no driving licence at Pairc Mhuire, Newbridge.

Garda Seamus Doyle said they were objecting to bail.

Garda Doyle said that when Mr Baquar was charged with the assault charge, he said, ''That stupid bitch is lying, I did not hit her.''

He said a car, in which the accused was travelling with others, was stopped at Pairc Mhuire, Newbridge. It will be alleged that there was €1,000 of stolen property in it.

It will be alleged that the accused fled the scene.

Detective Doyle objected to the accused being granted bail, arguing that he may not turn up for court.

He said it Mr Baquar was thought to be two months in Ireland, originally presenting himself in Belfast, seeking asylum.

He then moved to Dublin. He told Gardai he was a Georgian national but they were not yet satisfied about his nationality.

Defence Solicitor, Stephen Walsh, outlined how the accused is an asylum seeker, who is married with children. He said he had an address at 23 Yellow Meadows House, Clondalkin. Garda Doyle said they did not believe he lived there.

He said that the Georgian ambassador could be informed of Mr Baquar’s situation.