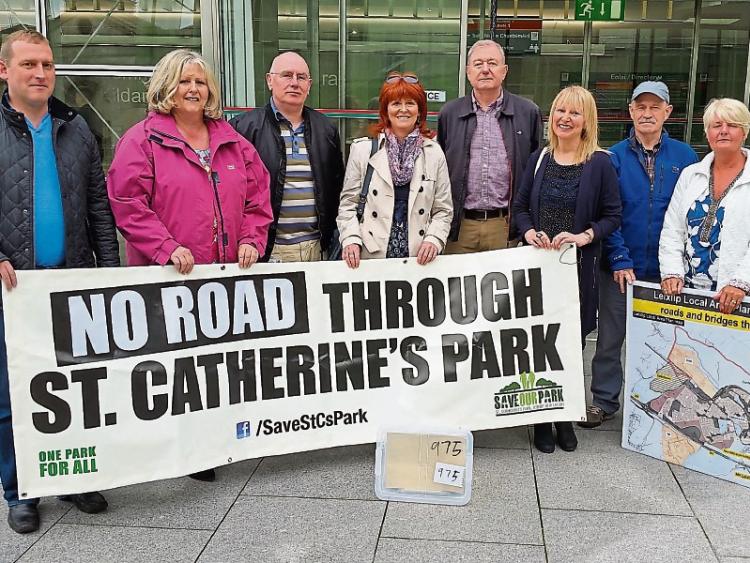 ALMOST  thousand submission have been presented to Kildare County Council objecting to proposals which would mean running a road through St Catherine’s Park in Leixlip and Lucan.

Cllr Brendan Young said that if the proposal to building an initial 1,500 houses in the Confey area above Cope Bridge go ahead, any new road serving the area must go through the park.

He said that from looking at the maps prepared by both Kildare County Council and Fingal County Council, who share an interest in the park, people may not notice see the intention fully.

The group are objecting to any Confey development proposals that would need a road to the motorway and which would be likely to go through the park.

Cllr Young has previously proposed extra housing for the area be built on the west side of Leixlip.

It is expected that six week will be needed for all the submission to be considered by the Council planners and executive. It will then go back to councillors for a final vote on the plan, likely to be at the end of July.