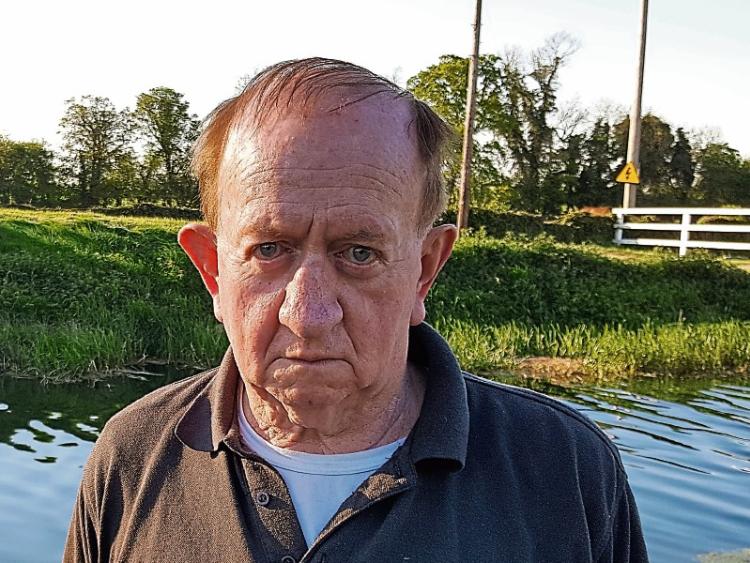 Two people driving beside a Kildare canal believe they may have had a paranormal experience.

Michael O’Bhleithin, a furniture removal worker from Turnings Cross, Straffan, was driving on the Ardclough canal on Saturday week last when he saw two black figures way ahead of him on the canal bank.

Mr O’Bhleithin, who is originally from the west of Ireland, was with a young neighbour of his, a 10-year-old named Rosaline. He had taken her to see the swans on the canal.

It was about 6.25pm on a bright Saturday evening, when they saw the figures.

Mr O’Bhleithin, who has lived in the area for nine years, said: “Normally I would walk but I drove. Up in front of me, I could see figures in pure black.”

He estimated one figure was about 6ft 1in and the other was between 5ft 4ins and 5ft 7ins.

He thought he was seeing things. “I thought I was mad,” he said.

But he asked Rosaline, who was sitting in the front seat of the car, if she saw the figures. She said: “Michael where did they go to?”

The figures crossed from the edge of the water across the road into the bushes. The figures looked human to both Michael and Rosaline.

Initially, the figures, were a long way away from Mr O'Bhleithin. He could see them on the canal bank. At first he could not make out if there were one or two.

“Next they were close to us. Two humans could not have moved that fast,” he said.

Rosaline said the figures were walking and were coming towards the pair. One was considerably taller than the other.

That’s a man “and his mot”, thought Michael, at first. He and Rosaline agreed that neither had a face and that they were pure black.

The Leader met the pair at the scene recently, and we were joined by Chris Doran, who investigates paranormal activity. “I have seen things I couldn’t explain,” he said. He has been doing paranormal investigations for five or six years. Such a sighting could happen, he said.

“It is unusual to see such things at night but it would be rare to see them when it was bright.

“I would not dismiss it. There is a rich history in the country. People do believe that souls leave residual energy. But I don’t know if I would subscribe to that theory,” he said.

Mr Doran said there were different explanations for people seeing things. He claimed that this area of the canal is very active. “I used to hate coming here at night,” he said.

Mr O’Bhleithin said he contacted Naas Gardai and the Cold Case team about the incident.

“Cold Case rang me twice and took particulars,” he maintained.

“I have contacted Fr Willie Byrne from Kill with a view to getting a mass said. I am a Roman Catholic and proud of it.”

He has not had fears going back to the canal. “They (the figures) are a couple in trouble looking for help,” he believes.