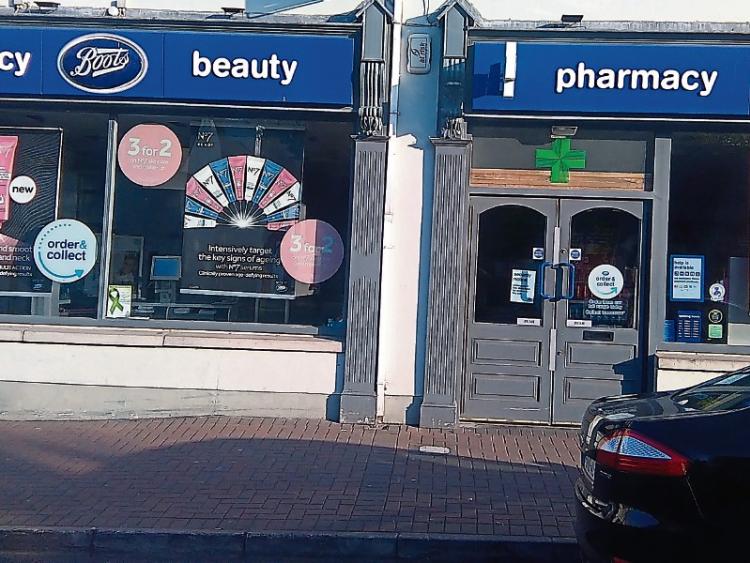 Boots has no plans to close its pharmacy in Naas town centre.

Speculation that the outlet might be about close has been denied by the company.

Boots employs a total of 34 people between the shops at Dublin Road (16 staff) and at Monread Shopping Centre (18 employees).

“'Boots Ireland currently has no plans to close the Boots Naas store. We continually review our portfolio of stores in line with the market,” a spokesperson told the Leader.

The Monread unit opened almost six years ago, some time after after the Dublin Road store began trading. Boots came to Ireland in 1996, opening in Dublin and at that time the pharmacy chain had 1200 stores in the UK and 25 in Northern Ireland.