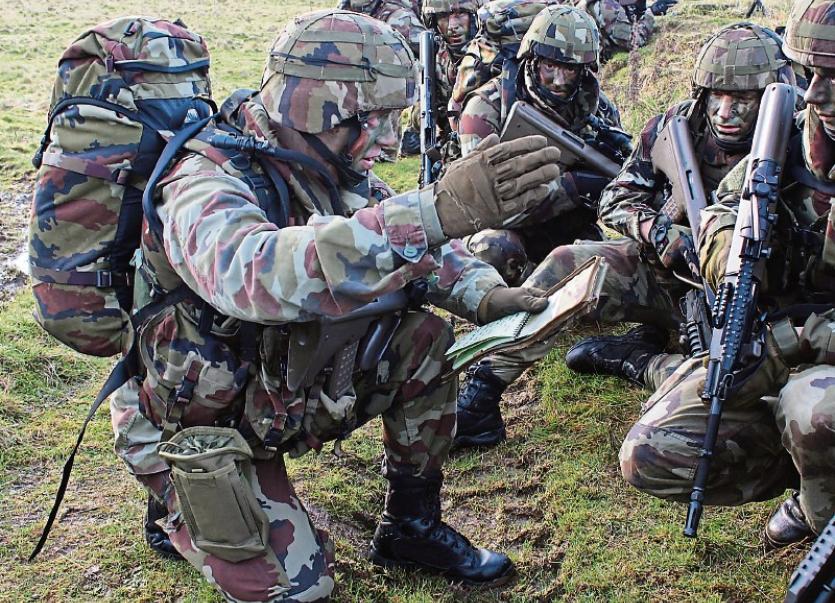 KILDARE County Council has unanimously agreed to call on the Minister for Defence to grant rights representative groups  of the Defence Forces to gain access to the industrial relations mechanism of the State in order to negotiate terms of pay and working conditions.

At its monthly meeting on Monday (April 24) Cllr Joanne Pender brought the motion because of what she called “negative treatment by the State” of Defence Forces.

Cllr Michael Coleman, a former soldier, said members of the Defence Forces are going to moneylenders who could be paramilitaries or criminals.

She said the European Court of Human Rights in 2014 that the absolute ban on trade unions in the French armed forces breached their human rights.

In recognising the campaign by wives and partners of the Irish Defence Forces.

Cllr Pender said that wages were so low that they were not a living wage for serving members of the Force and 20% of them relied on Family Income Supplement. “That is no way to be paying any worker, leave alone a member of the Defence Forces. Thousands are leaving in their droves,” she said. “If they stayed at home and did not work they would be better off.”

Cllr Pender said morale is low and they should have a right to be represented by PDFORRA and RACO, which represents officers.

Cllr Mark Stafford, who supported the motion, said there were differences between the French and Irish case.  Referring to bills by Sinn Fein and the Labour Party, he asked if trade unions are allowed, would there be a right to strike, asked.

Former soldier, Cllr Michael Coleman, said he was disappointed with the way soldiers were treated. Defence spending was 0.5% of GDP, the lowest in the State’s history and they had taken a 15% pay cut.

Cllr Coleman said there was a “brain drain” from the area and it was not a job for life anymore. “Because 20% of soldiers were on Family Income Supplements members of the Defence Forces were going to moneylenders who can be paramilitaries and criminals,” he said.