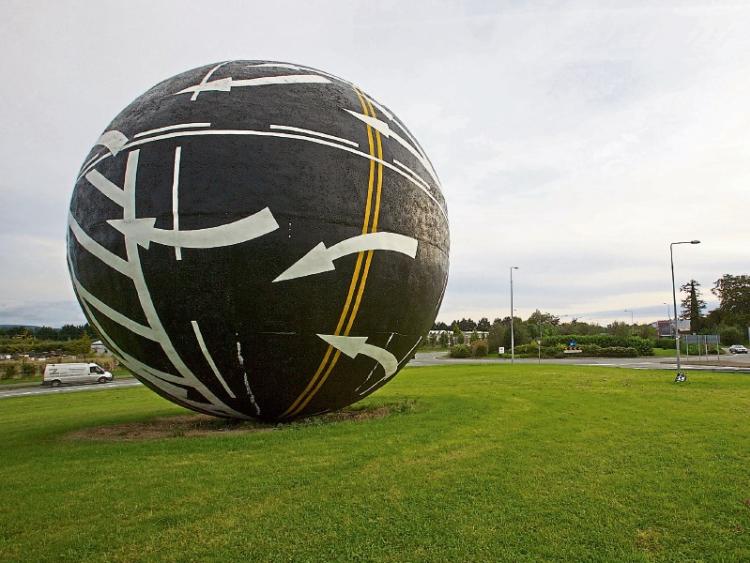 Naas gardai are investigating a road rage incident at the busy roundabout near the Big Ball monument on the town's outskirts.

It happened at 4.45pm yesterday.

It’s claimed that a  car “cut in” in front of another motorist who was driving towards Dublin from the Naas direction. One of motorists allegedly stopped, left his vehicle and assaulted the other man, who allegedly sustained facial injuries.

The junction layout has been criticised by Naas-based councillors who have pointed out that many motorists are not clear about which lane to use when attempting to access the routes to Monread Road, the motorway and the carriageway to Dublin.

The victim, understood to be from Dublin, was not seriously injured.