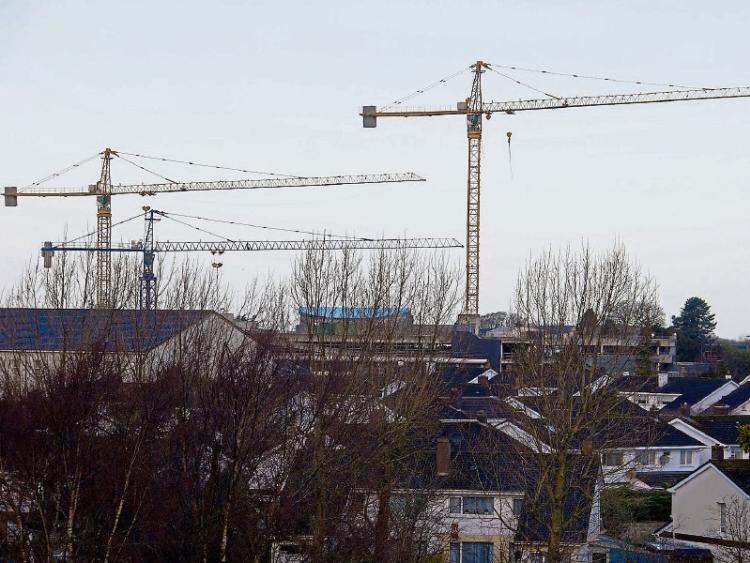 The cranes dominate the Naas skyline

Naas politicians have expressed concern about the safety of the cranes in the unopened shopping centre in the town.

At an NMD meeting today in Naas Cllr Anne Breen asked if KCC is happy “with the condition of the cranes” and she also asked  for an update on the inspection reports dealing with the  safety of the cranes.

KCC’s response was that the shopping centre is in NAMA and the responsibility for the condition of the cranes lies with the developer and NAMA.

“The council has no role,” it added.

Cllr Seamie Moore said it is his understanding that the cranes will have to be taken down if the centre is bought.

KCC has previously indicated that certificates were provided before indicating that the structures are completely safe.