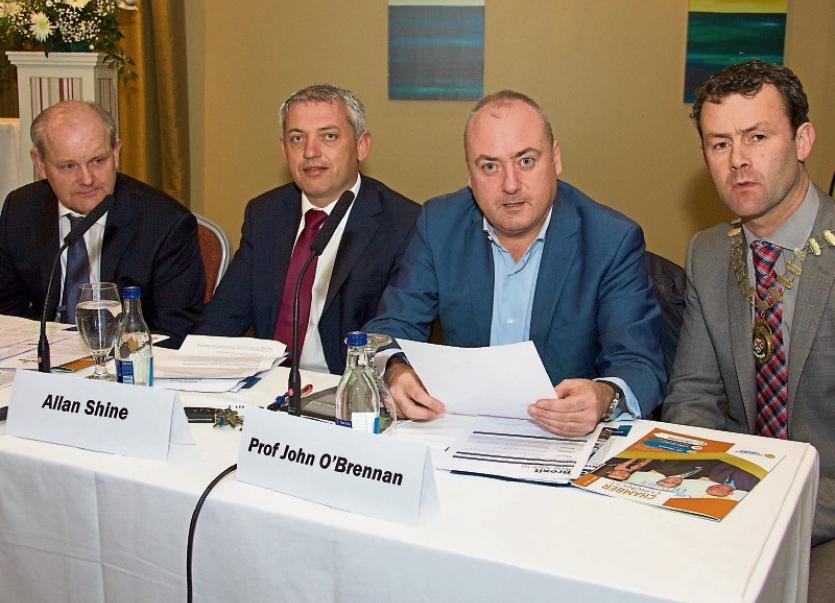 CORPORATE visitors from the UK are comprising a larger proportion of visitors to the Punchestown Festival every year, the chairman of Punchestown,  told a public meeting.

Speaking at a Fine Gael organised meeting attended by Taoiseach, Enda Kenny, in the Westgrove Hotel, Clane on April 10, David Mongey said that corporate guests will comprise 17,000 of the total 120,000 expected at the Festival between April 25-29.

He said this  figure was growing at 5% a year.

Mr Mongey was stressing the importance of maintaining current arrangements and agreements with the UK with regard to the equine industry, post Brexit, as so much money is tied up with the UK.

In Kildare,  it is estimated that 4,000 people are directly employed in the equine industry.

He said the Punchestown Festival would bring €70 million to the our economy and would employ 1,000 people.

He said there was a lot of talk of free movement of people but it was “vital” that that a tripartite agreement between England, Ireland and France thoroughbred industries, stayed in place, such was the importance of the equine industry to the economy.

Mr Mongey said that 90% of all horses which ran at the two Northern Ireland racetracks, Down Royal and Downpatrick are from Irish trainers.

He said visitors to Ireland for horse events, mostly thoroughbred, came fro the quality of services, friendliness and hospitality they found in Ireland.

He pointed to the fact that the headquarters of  many equine organisations are based in county Kildare - Horse Racing Ireland, Horse Sport Ireland, Showjumping Ireland, The Equine Centre, Race, the National Stud and the Turf Club - the direct jobs. Then there are the indirect feeds, saddlery, transport, going to UK.

Ireland exports of thoroughbreds in 2016 is worth  €225m, not including private sales. 65% of annual foal crop is exported and 80% of that sold to Britain.

He referred to 80,000 people come to Ireland on equestrian holidays.

I also ask them why come to Ireland. “It is key, that relationship between the two.”

What if Brit rises tariffs, taxes and "other incentives" we cannot match.

It will increase cost of business and reduce free movement or horses.

“We must secure this industry Taoiseach. We have been  very bless down years with plic down years, part with this this Government and the last Government, with subsidised and they have looked after the industry so well.

Of 27 race winners in Cheltenham at last meeting 19 were Irish trained.

“We have a fantastic industry. We must protect it,” was his parting message to the Taoiseach.