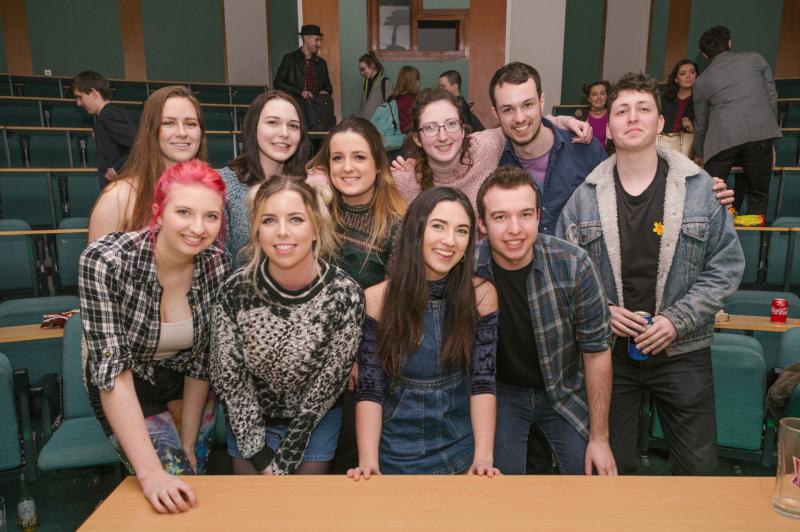 Aiden Gillen was one of a number of guests to speak at the recent Dublin Institute of Technology (DIT) Best in Irish Film Festival, which was organised by students including Shauna Doyle (Newbridge) and Alanna Donnelly (Kilcullen).

Both girls are studying a Bachelor of Arts (Hons) Film & Broadcasting.

The girls helped to coordinate the festival, which ran from March 13 to 24 and involved many guest talks and Q&As from the greats in the Irish Film Industry, giving the students of DIT and Dublin the opportunity to meet and learn from Irish film industry professionals.

It hosted screenings of the best of Irish film, such as last year’s big-hit releases such as “The Young Offenders” and “Queen of Ireland”.

The finale in the festival was the screening of ‘Sing Street’ which was the ideal conclusion to the Film Festival, with a film set so close to the home of DIT Aungier Street.

Aiden Gillen gave an introduction to the film which was followed by a Q&A with stars of the film Mark McKenna, Karl Rice and casting director Louise Keily hosted by Marcus O’Laoire.

Hanna McGlynn, chairperson of the DIT Film Society (and Film Festival Coordinator) said; “it was a great event to celebrate the talent we have here in our home country.

“Everyone worked so hard to create a successful and inspiring two week film festival and it was a great way to showcase talent but also encourage future talent. The Sing Street Screening was a great way to conclude this festival.

“We are excited to wish Shauna and Alanna luck in the film industry to follow in the footsteps of these great filmmakers who attended the DIT Film Festival.”