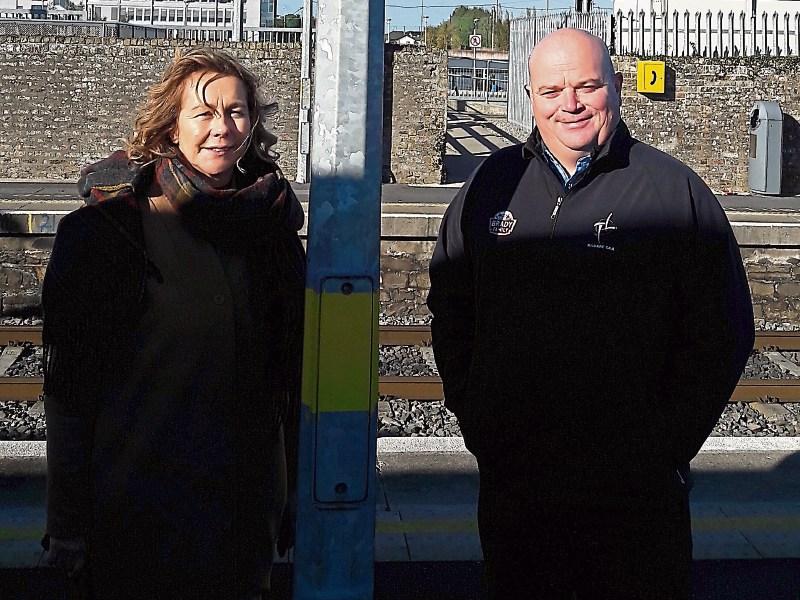 A rail petition, calling for fare cuts for Newbridge and Kildare town train stations, has reached its target of 1,505 signatures.

The brainchild of the Newbridge Labour branch, local canvassers have been visiting estates over the past few weeks to garner support for the campaign.

"We set ourselves a target of 1,505 online signatures to match each one cent of the single adult fare of  €15.05 from Newbridge to Heuston. We're delighted at the way in which Newbridge and Kildare commuters have respondeded to it", said Local Area Representative Patricia Callinan.

Campaigning in the Walshestown area last Saturday (April 1), she said that there was almost universal support.

"We are convinced that if we could get to every single door in Newbridge and Kildare we would have several thousand signatures. People feel so strongly".

The Newbridge branch has also sought a meeting with the Chief Executive of the National Transport Authority.

It claims "a major discrepancy has arisen, wherein Newbridge is treated as a commuter town by some agencies of the state and not by others".

It goes on to say that "the Transport for Ireland website defines the Short Hop Zone as 'Irish Rail's Dublin Area Network' while the NTA, in its own documentation, explicitly refers to Newbridge as being in the Dublin area. The NTA also refers to the train from Dublin to Newbridge as a 'commuter' service".

The letter from Patricia Callinan points out that "in its Transport Strategy for the Greater Dublin Area (GDA), the NTA expressly states its intention to use housing policy to inform its transport strategy. It talks about 'formally establishing the statutory link between land use and transport planning in the GDA".

Newbridge Labour claims that the current policies of state agencies are incompatible and unacceptable and says that the campaign is moving to a more intensive lobbying phase.