Ball is 'big in Japan' 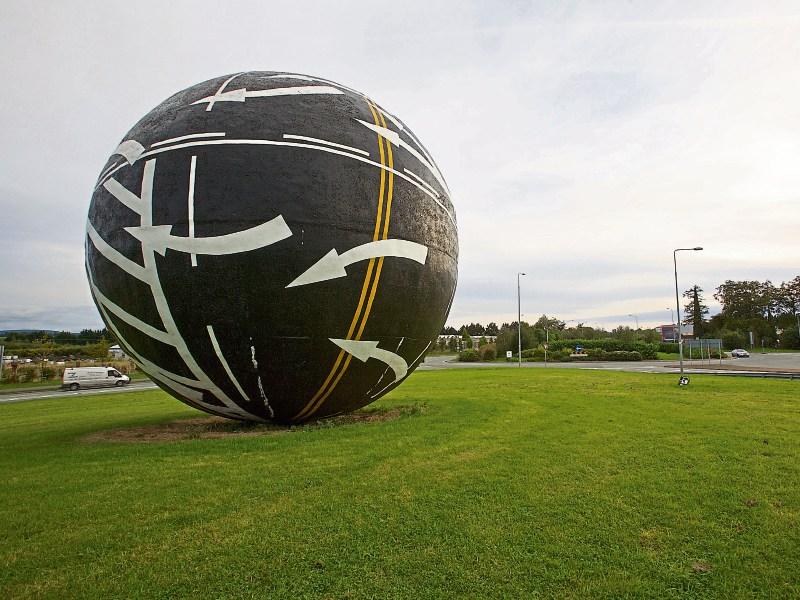 The much loved 'Big Ball', Naas

The unlikely Kildare landmark took the top gong in an online poll of Emerald Isle landmarks conducted by one of the most prestigious package tour operators in Japan.

Kildare’s motorway monolith beat out competitors such as the Cliffs of Moher and the Guinness Storehouse to take the prize, announced at a lavish gala hosted by the Irish Embassy in Tokyo.

It’s unclear what propelled the ‘Perpetual Motion’ statue - to give it its proper name - to the top spot.

Punters speculate that it gained a cult following after an appearance in an underground horror movie called ‘Stalled at the Ball’, in which a busload of tourists are caught for hours on end in a traffic snarl at the M7/N7 junction turnoff.

Whatever the reason, the Kildare County Council-sponsored artwork has topped other Kildare tourist attractions such as the Irish National Stud or Newbridge Silverware’s Museum of Style Icons as the place to visit in the Lilywhite county.

When asked by the Leader for a comment on its unlikely win earlier today, April 1, the Ball said: “Sure, it’s no more unbelievable than that tourists would visit a cutlery factory to see an auld pair of Marilyn Monroe’s undercrackers.”