COMMENT: Filthy gum is the scourge of our streets in Newbridge and Naas 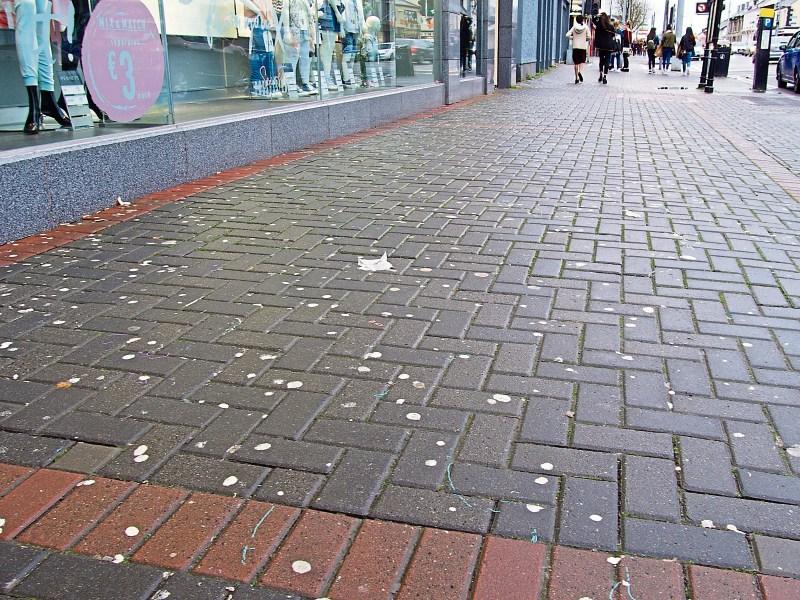 Gum on the streets of Newbridge

You can go for quite a while without seeing what is right under your nose.

Or toes, in this case.

Then, once you’ve opened your eyes to the problem, you encounter it everywhere.

I’ve started seeing huge, ugly spackles of dirty, spent chewing gum matted onto the pavements of Newbridge and Naas — and now I can’t walk down either town without getting riled by what I’m looking at.

I’ve always known they were there, of course, but never appreciated, until the last fortnight, just what an eyesore they’ve become.

I was scuttling through a dreary, wet Newbridge Main Street on a recent Thursday morning.

I don’t know what it was — perhaps the lack of bustle on a usually crowded street, due to the hour or the inclement weather — but all of a sudden, all I could see on the cobblelocked streets between the Post Office and Whitewater was a vast
expanse of dirty, off-white gum spots.

They must take up at least a quarter of available pavement space on that particular streetscape.

It is vile, it is horrible, and it is disgusting.

I’m not blaming Kildare County Council for the state of the streets and footpaths.

In fact, far from it.

Council cleaners have been asked to carry out gum-busting work in Newbridge, which must done by hand.

Surely there’s better things for hard-earned taxpayers money to go towards, such as speed ramps or filling pot-holes.

No, the blame for these unsightly blots on our landscape must lie squarely at the feet of those who feel it’s fine behaviour to hawk up a gob of gum and spit it out on the pavement.

I’m genuinely mystified that any parent or guardian would bring someone up to think that this is acceptable.

Surely it ranks up there with ‘don’t pick your nose in public’ or ‘don’t pee on the pavement’ as a basic rule of behaviour to be taught in early childhood.

Yet it’s not just a few outliers who do it, judging from the state of our town footpaths. There’s a lot of it going on.

Imagine that instead of germ-filled, saliva-flecked gum, our footpaths were dotted with snot, or dog droppings, or human excrement.

There would be a massive outcry.

Yet why has not a voice been raised against gum spitters?

In Singapore, they banned the white stuff completely in the 1990s, with fines or imprisonment — though not, as is a popular misconception among horrified holidaymakers, caning — for those found with an illicit pack of the sticky stuff.

Yet I’d happily see every offender handed a bag of ice and a paint stripper (or, if I’m feeling particularly evil, a teaspoon) and given ten yards of pavement to clear.

Until they learn to use a tissue and a dustbin, the rest of us will have to walk over their foul expectorates. 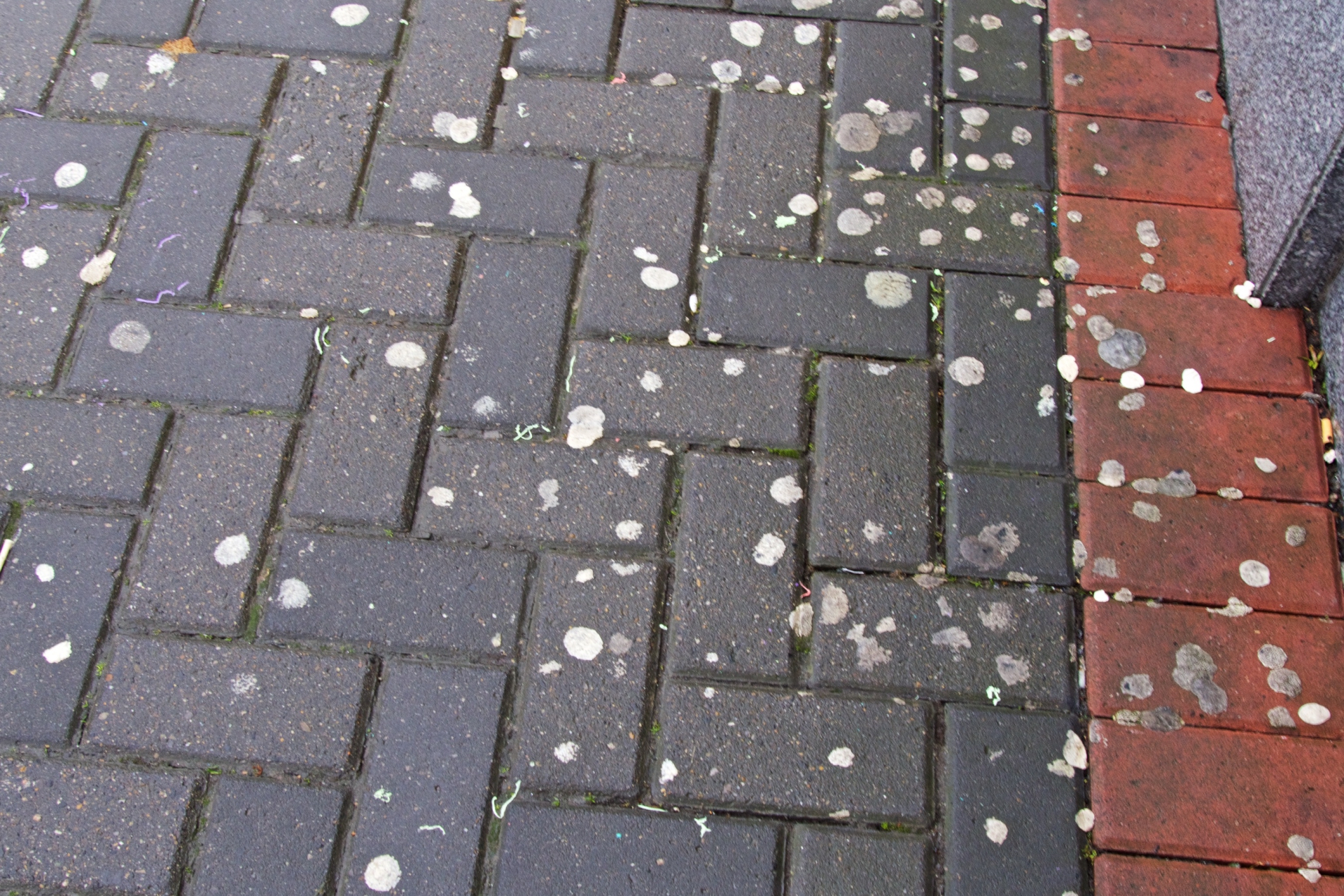 Gum on the streets of Newbridge