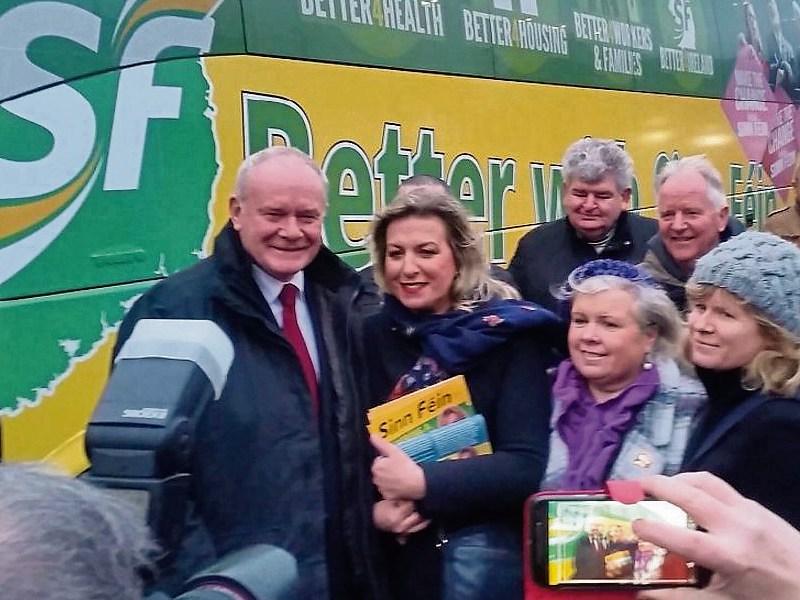 The late Martin McGuinness was in the tradition of great IRA men like Michael Collins, a Kildare County Councillor said this week.

Cllr Cronin, who attended the funeral in Derry along with other party members, told the Council that Martin McGuinness was in the tradition “like great IRA men like Michael Collins.”

At the outset of  Kildare County Council’s monthly meeting on March 27, she thanked the Council for opening a book of condolences for the late Northern Ireland politician.

She said she had always admired him and had met him at a Sinn Fein Ard Comhairle. “The man you saw in front of you was the man the same man behind closed doors,” said the Maynooth based councillor, who attended the funeral in Derry along with

She said they had had lost a great republican leader.

She said he was not wanting when it came to reaching across the divide.

Cllr Cronin said it was a great personal privilege for her to form part of the Guard of Honour that ushered Martin McGuinness to his place of rest. “He graciously owns his place among the heroes of Ireland's republican dead.”