Illegal dumping on the increase in Kildare 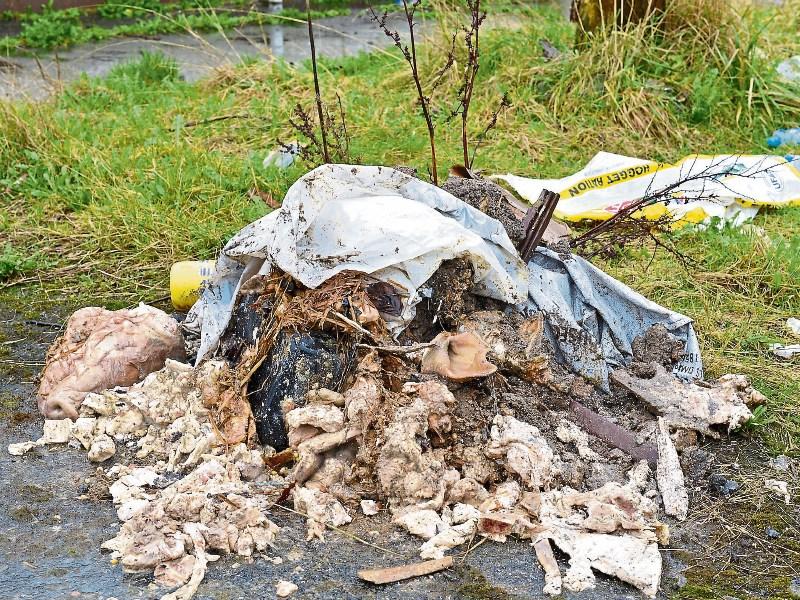 KILDARE County Council has rejected the a proposal to create designated centres for the monthly collection of household waste at discounted rates.

Cllr  Mark Lynch said, at Monday's Kildare County Council meeting, that there was increasing illegal dumping and the Council had to look at other solutions.

Cllr Lynch proposed this council makes itself a lead partner in proactively organising an ongoing countywide tender for the collection of household waste refuse once a month at centrally designated sites.

Residents could pay per bag or weight for household waste. There should be no direct cost to the council but it should use the Council’s ability to use economies of scale to reduce the individual price for residents.

Cllr Lynch said illegal dumping is on the increase and many families struggle with household bills. A waste collection incentive will help reduce household bills for those struggling and be an incentive to those who illegally dump to discontinue their actions. “We met with residents and they sought it,” he said.

Director of Services, Joe Boland, said the Council provided a domestic refuse collection service until 2011 but stopped it because it was  “very costly” and refuse collection had inherently become a private sector activity, with eight operators in the county.

It was agreed, then, AES would provide a service to waiver applicants at reduced cost for a transitional period.

One was the existence of  a very vibrant private sector providing this service throughout the county. “There are a number of options available from these companies for householders who might have difficulty in paying.”

He also said the cost of a service suggested by Cllr Lynch “would likely have to be heavily subvented by the council, as was the position in the past.”

But there is no budget for that.

Mr Boland also said there can also  be issues with “centrally designated sites”. These would probably have to be the subject of rigorous environmental assessment culminating in the need to secure a waste facility permit. Planning permission would also be required. There may also be local objections and, indeed, there is every possibility that these sites may become the locus of illegal dumping.

He said it should also be noted that the Councils’ two Civic Amenity Sites (Athy and Silliot Hill) accept waste on a per weight basis.

“A further Civic Amenity Site is now planned for the north-east of the county. Essentially, these facilities are fulfilling many of the objectives of the motion.”

Cllr Lynch said it was “a cop out” to say there were planning issues.

Cllr Reada Cronin said they did not see many washing machines in the ditches and that was because of the free WEE collections.

Cllr Ide Cussen said they still did not have a civic amenity site in the north of the county. Mayor, Ivan Keatley, said one was coming to Leixlip.

Cllr Brendan Young said they had a problem and it might be better to do something than send teams around ditches once a month to collect waste.

Cllr John McGinley was against the proposal arguing they have had to get rid of skips in his area.

Cllr Anthony Larkin said he could see the frustration but there was a a lot of work involved and he would be worried about green waste.

Mayor Keatley rejected any suggestion the Council was not taking initiatives.