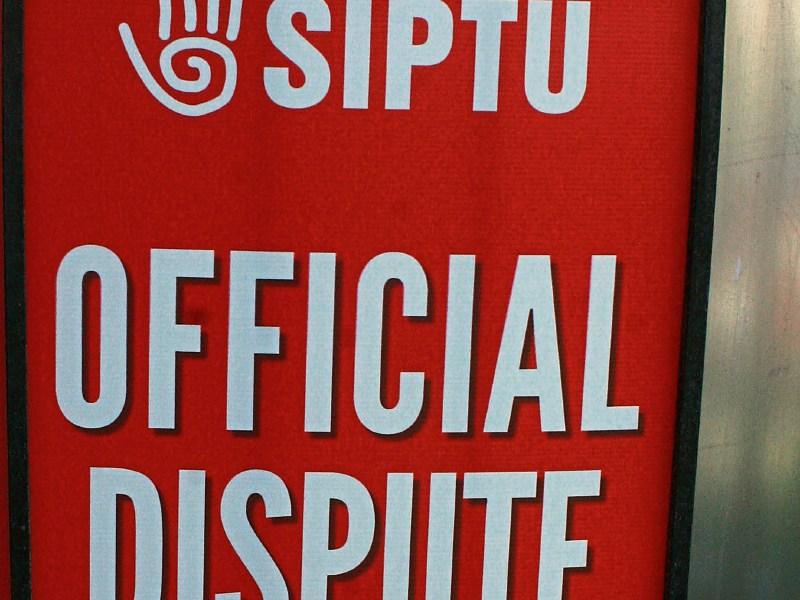 SIPTU Organiser, John Regan, said in conjunction with their work stoppage  members have placed pickets on the entrance to the plant. The whole plant except six managers are on strike today with the result that the plant will not supply electricity today. However this will not affect any local households or businesses.

“For the duration of this industrial action the power generation plant will not be supplying energy to the national electricity grid,” said John

“Due to management intransigence our members were left with no option but to conduct a work stoppage in pursuit of their demand that the company respects an agreement to engage in collective bargaining on a pay increase for workers. If management continues to refuse to engage in meaningful negotiations, SIPTU members in the plant will conduct a further 24-hour work stoppage on Thursday, 6 April next.”

“This dispute is in relation to the Bord na Móna subsidiary refusing to accept that a collective bargaining agreement signed in November 2013 covers our members’ right to have their basic pay increases negotiated by SIPTU representatives.”

He added: “The company entered into talks on a pay increase of 3.5% in April 2014. In early 2016, it derailed the process at the Workplace Relations Commission by stating that a collective agreement between the union and management did not cover pay negotiations. This resulted in it claiming that SIPTU representatives did not have a right to represent its members in pay negotiations.

“Workers in EPL have not received a pay increase since 2007. This is remarkable when it is considered that they are working for a subsidiary of a semi-state company which has recorded profits of €85 million in the last three years.”

In response Bord na Mona released a statement to the Leinster Leader saying that under the terms of an agreement between the Company and SIPTU in 2013, any recommendation by the Labour Court is to be binding on both parties.

It stated that Bord na Móna accepts the Labour Court’s recommendation in respect of this matter and have committed to implementing pay reviews in line with the recommendation in 2017 and the Company will be engaging with SIPTU to agree a mechanism that will apply post 2017.

Bord na Móna have accepted this binding recommendation. As per our agreement with SIPTU, we are available for meaningful discussions with them that would progress a resolution of the dispute subject to industrial action being withdrawn.