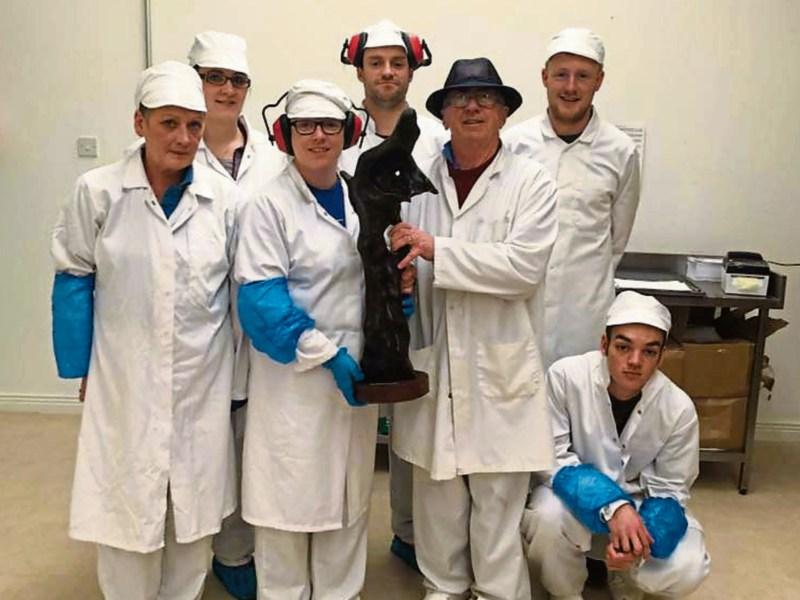 Martin Walsh of Broghies Ireland, based in Kildare Business Park, which is the recent winner of the Kildare Enterprise Awards organised by the Local Enterprise Office, is expanding the business into the former Black & Decker offices.

Martin, who hails from Kildare town and runs NA Meats, said the broghie business, a healthy alternative to bread, is going from strength to strength.

“We will be staying here in the business park but we are also expanding into Black & Decker as we are after 8,000 square feet. We employ nine people now and we are hoping to increase that to 15 by the end of the month. This is a real local success story.”

Martin who grew up in Maryville housing estate, said they will soon be exporting to France and Germany.

“We have the rig hts for the European market,”he said.

The story began only eight months ago when Martin saw an opportunity with the product and emailed the parent company, Garavogues in Canada.

“I sent an email to the company in Canada and told them that the Irish would love broghies as we enjoy healthy eating. It's used in snacks and we tell people to put on broghies what you would put on bread. It has replaced the prawn cracker in curries and it is low in calories.”

Martin, who lives in Beechgrove with his wife Susanne, added that the biggest kick is seeing people employed locally. “My production manager is a 66-year-old who thought his employment days were over.”