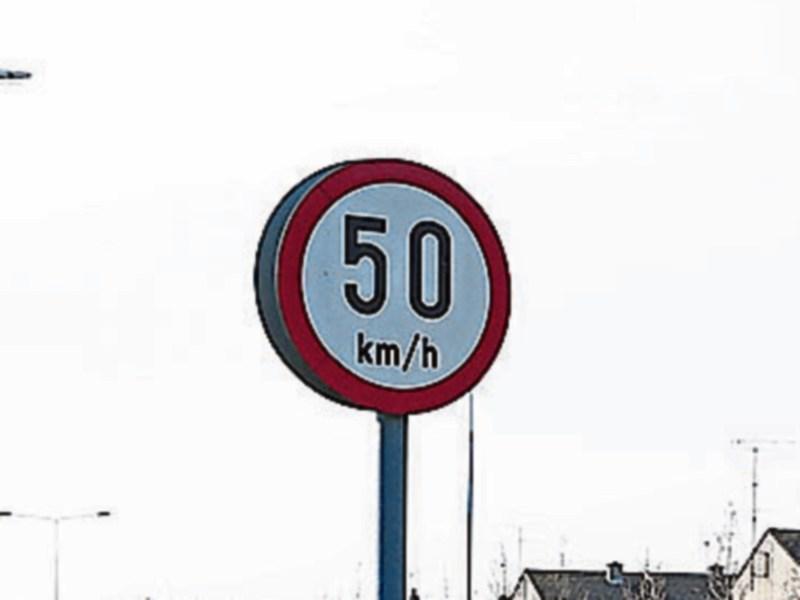 The issue of speeding in Suncroft is to be raised again at next Wednesday's Kildare Newbridge Municipal District meeting.

At the March meeting, a survey revealed 86% of motorists traveling through the village are over the 50km speed limit.

Cllr Fiona McLoughlin Healy (FG) and Cllr Joanne Pender (Ind) raised the matter at last month's meeting and asked what works were proposed to tackle the speeding and road safety for motorists and pedestrians.

Clllr Pender said that the speed limit could be looked at as part of the county review, as some limits in the county were unrealistic, however she stressed she did not agree with the limit being raised in Suncroft.

Cllr Sean Power (FF) has now tabled a motion for next week's meeting, again asking the council what plans it has to make the road safer.

Cllr McLoughlin Healy is also following up on the issue. She will ask if the council can review its report on the recent traffic survey in Suncroft village with consideration given to material she has provided.

She said there was an urgent need for traffic calming measures.

Former councillor and Suncroft resident, Tony O'Donnell has been lobbying hard on the issue for some time. Both he and Cllr Pender discussed the issue recently on KFM.

"As a resident, I experience dangerous driving on an ongoing basis outside my estate. I brought this behaviour to Superintendent Walker's attention last year, and with the support of the local Gardaí, an enforcement operation was carried out in June," he said.

He said that on June 24, 25 speeding offences were detected in a short period. On June 26, a further 52 vehicles were recorded in excess of the limit during a four hour period from 3:30pm to 7:30pm.

Mr O'Donnell said that by way of context, on National Slow Down Day in October, Gardaí monitored 135,000 vehicles and detected only 341 offenders nationwide.

"Suncroft clearly has a serious issue with speed with an offence rate orders of magnitude worse than the country at large," he said.

He said the data reported by Cllr McLoughlin-Healy was based on his analysis on her behalf of KCC’s raw traffic data.

"All of it clearly reflects that there is serious, persistent speeding in our village. It is a miracle that there hasn’t been a fatality or serious injury thus far," he added.

Referring to Cllr Pender's comments about the speed limit review, he commented; "Rather than a review of ‘unrealistic’ limits, the Council must immediately install measures to slow motorists down, while the Gardaí continue to enforce the law to protect us from lunatics on wheels. It is the least we can expect from members at statutory meetings that they take matters of life and death with seriousness and informed consideration; to do anything else places them on the side of those who would do us harm."

A the March meeting, the council said costs for two warning solar powered driver feedback signs amounted to €9,000. It said the matter was currently under discussion with the MD engineer.

The council said it could get the Road Safety officer and the gardai involved in a local road safety programme to raise awareness of the dangers of speeding.