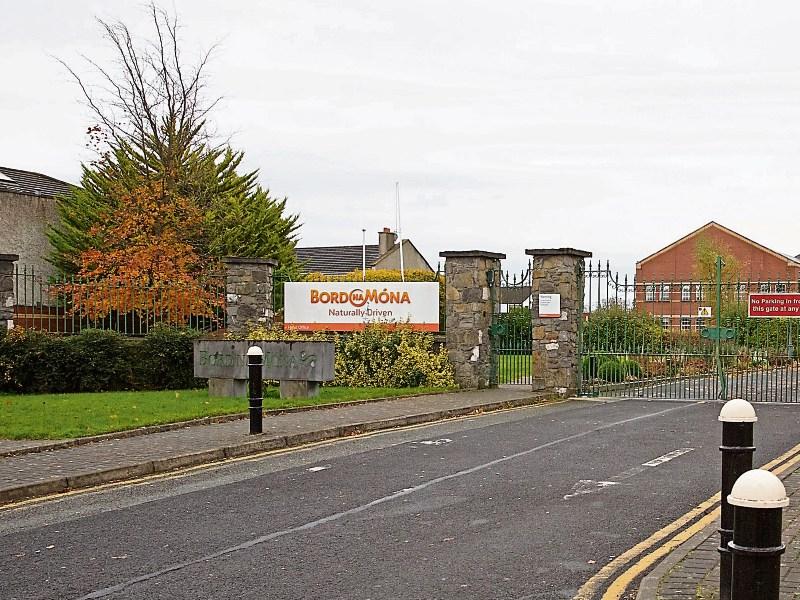 SIPTU representatives presented leaflets outlining why their members in Edenderry Power plant (EPL), Edenderry, will be conducting a 24-hour work stoppage on Monday, 27 March, to the members of the board of Bord na Móna at the semi-state company’s headquarters in Newbridge on Thursday.

SIPTU Organiser, John Regan, said: “SIPTU members in EPL will conduct a 24-hour work stoppage at the energy generation plant March, 27 beginning at 7.30 am. At a general meeting of SIPTU members in EPL, last night (Wednesday) regret was expressed that this strike will happen as the workers claim they have no other option following the failure of management to meaningfully engage at any time on the issues in dispute.

“This dispute results from management at the Bord na Móna (BNM) subsidiary refusing to accept that a collective bargaining agreement signed in November 2013 covers our members’ right to have their basic pay increases negotiated by SIPTU representatives.

“Leaflets detailing the issues in dispute were presented to members of the board of BNM as they entered a meeting in Newbridge today (Thursday). The issues highlighted to the board members include the fact that the EPL workers have not received a pay increase since 2007 and that their annual salary is €15,000 less than others doing similar work at other power stations around the country.”

According to SIPTU the management of EPL is claiming the only pay adjustment it can provide to workers is under personal terms.

“This is in direct conflict with the collective agreement signed by SIPTU and EPL management. After 22 months of engagement at the Workplace Relations Commission, management decided to contest this collective agreement by claiming that SIPTU representatives have no right to negotiate pay on behalf of the workers. This position is not accepted by our members in the plant.”

In response a statement from Bord na Mona said that it noted the impending strike action to be carried out by SIPTU members in Edenderry power station.

"Under the terms of an agreement between the Company and SIPTU in 2013, any recommendation by the Labour Court is to be binding on both parties.Bord na Móna accepts the Labour Court’s recommendation in respect of this matter and have committed to implementing pay reviews in line with the recommendation in 2017 and the Company will be engaging with SIPTU to agree a mechanism that will apply post 2017. Bord na Móna have accepted this binding recommendation.As per our agreement with SIPTU, we are available for meaningful discussions with them that would progress a resolution of the dispute subject to industrial action being withdrawn.”

SIPTU members in EPL voted by a five to one majority for strike action in a ballot counted on 23 February.